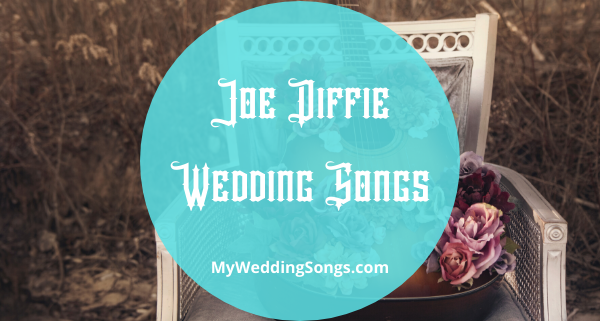 Joe Diffie was known in the 1990s as a creator of fun Country party songs like “Third Rock from the Sun” and “Pickup Man”.  He also produced love songs like “So Help Me Girl” and “New Way To Light Up An Old Flame”.  Here’s our list of favorite Joe Diffie songs to play at weddings.

In Diffie’s career, he had 14 songs peak in the top five on Billboards Hot Country Songs including five number-one hits.  He also won a Grammy for Best Country Collaboration with Vocals – “Same Old Train” with Marty Stuart.

Diffie tragically passed away too young in March 2020 of complications from the COVID-19 virus. 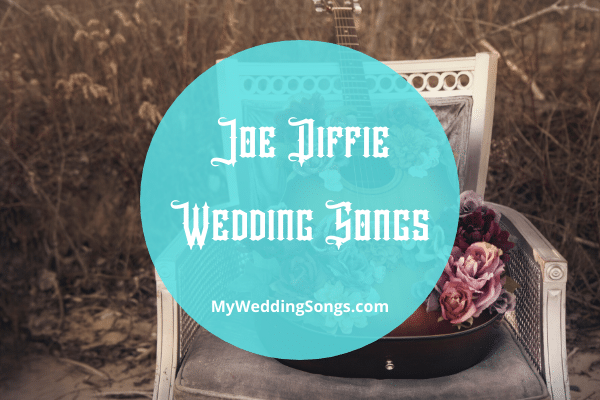 A Night To Remember
1999, A Night to Remember
The story of the song is of a woman leaving a man but the man asking for one final night of romance and to make it a night to remember.

So Help Me Girl
1995, Third Rock from the Sun
A true love song is offered by Diffie that describes a relationship that he has fallen in love with his lover.  It also reads as he has been in bad relationships in the past but this one is right.  If you are looking for a 90s song for your first dance, look no further.

Bigger Than the Beatles
1995, Life’s So Funny
If you are a couple in love, the song talks about a love that is bigger than The Beatles. The song references that even though they are not stars, they look like it to each other.

When you’re spinnin’ round
Things come undone
Welcome to Earth, third rock from the Sun

I’m In Love With A Capital “U”
1994, Third Rock from the Sun
Another true love song. However, this one is a mid-tempo two-step song rather than a slow dance.  Save this one for the couples at your reception.

Pickup Man
1994, Third Rock from the Sun
If the Groom is a 90s Country fan, he could have his groom processional song that would add comedy to the wedding ceremony.  It would release the nerves a bit too.

Prop Me Up Beside the Jukebox (If I Die)
1993, Honky Tonk Attitude
A pure party song that will get couples on the dance floor showing off their Cowboy Cha Cha prowess.

Fill my boots up with sand, put a stiff drink in my hand
Prop me up beside the jukebox if I die

John Deere Green
1993, Honky Tonk Attitude
Ever dance the Cowboy Cha Cha?  You can practice this song at home and then look like a pro at your wedding!

If the Devil Danced (In Empty Pockets)
1990, A Thousand Winding Roads
One of Diffie’s most popular songs as it reached number one.  The song has a more humorous tone and should be saved to play while guests are waiting for the wedding couple to arrive at the reception venue.

They say debt is a bottomless pit where the devil likes to play
I’d sell my soul to get out of this hole, but there’d be hell to pay

Home
1990, A Thousand Winding Roads
Home is Diffie’s first number one hit. The song tells a story of the good old days growing up at home with your family – and a place we remember as a fond place and wish to return.

New Way (To Light Up An Old Flame)
1990, A Thousand Winding Roads
An up-tempo two-step song you can play during the dancing part of your reception.

Now, I’m knocking on her door
I can’t stay away no more
‘Cause we’re no good apart

If you think we missed a Joe Diffie song on our list, be sure to comment on it below so that we can add it. Tell us why it should be on the list too!

If you like Joe Diffie, be sure to check out these other Country male singers from the 1990s. 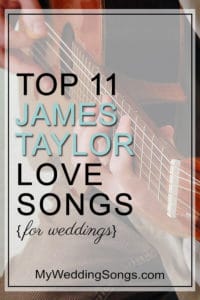 James Taylor Love Songs For Weddings To Play And Avoid 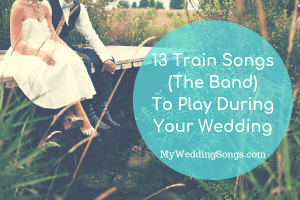 13 Train Songs (The Band) To Play During Your Wedding 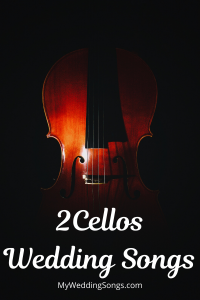 2Cellos Songs to Play During Your Wedding Ceremony 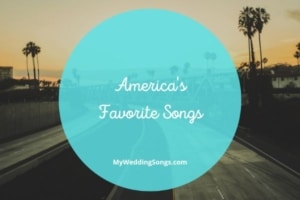 A List Of America’s Songs To Play To Sing Along