Skip to content
Home > Music Artists > 11 Best Justin Timberlake Wedding Songs For Love & Dancing
My Wedding Songs is a reader-supported website. As an Amazon Associate, we earn revenue from qualifying purchases. Purchases made through links on this page may earn us a commission but also support the artists.

Justin Timberlake is one of the kings of pop and dance songs. But does he have any songs that are suitable for your wedding day?

Here are just a few options if you’re thinking of bringing sexy back. Just Timberlake is well-known and has many songs perfect for weddings. 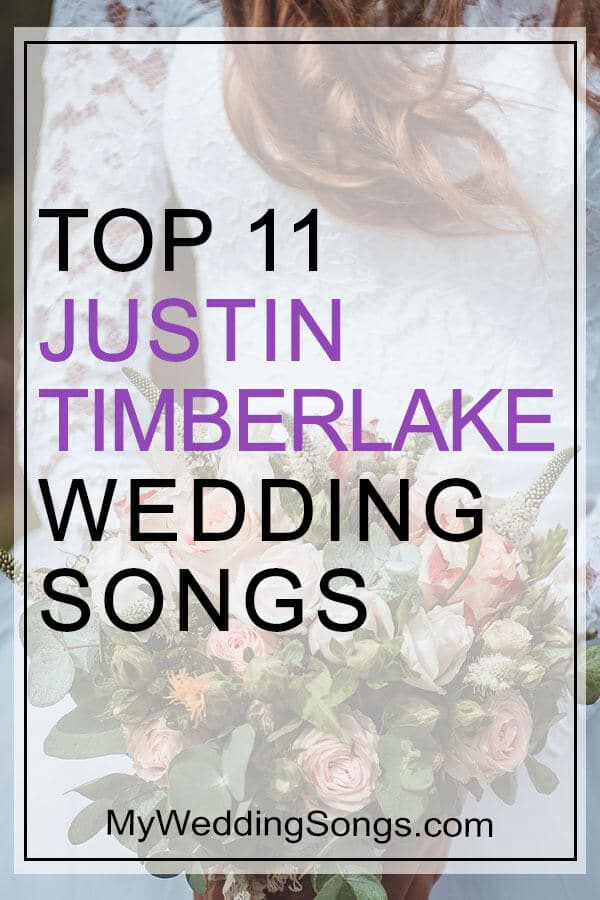 The Other Side (SZA, Justin Timberlake)
2020, Trolls World Tour Soundtrack

You’ve heard it in a million dance montages, but there’s a reason why it’s so popular! Can’t Stop the Feeling is the ultimate feel-good song. A track that celebrates love, motion and happiness. It’ll be a great crowd-pleaser during your wedding reception.

A dreamy, jazzy track with smooth vocals synthesized over a sensual bass line, Pusher Love Girl will turn up the heat at your wedding reception. You might want to save this song for after the kids have gone home. Otherwise, it’s sure to be a hit among your guests.

Aren’t you something to admire?
‘Cause your shine is something like a mirror
And I can’t help but notice
You reflect in this heart of mine

Inspired by the marriage of his grandparents, Mirrors is Justin’s tribute to love, compatibility, and the meeting of similar souls. If you’ve ever felt like your spouse is the other half of your heart, this is the song to celebrate your bond.

Promising faith and fidelity even after heartbreak, Not a Bad Thing is a nice wedding song for reminding yourself that the past is behind you and the future is glorious. Just make sure that you play the “clean” version and not the “explicit” version if you don’t want to scandalize your older relatives.

A departure from his usual slick, sexy style, The Only Promise That Remains reveals a softer side of Justin Timberlake by featuring him in a country duet with Reba McEntire. It’s a soft, gentle love song, and it’ll be just what you need to waltz in your spouse’s arms and forget about everything else.

I’ve never been more sure that baby, it’s you
This ring here represents my heart
And everything that you’ve been waiting for
Just say “I do”

Nothing beats a wedding song that actually talks about marriage, and My Love doesn’t pull any punches when it comes to commitment. Not only does Justin croon about rings and vows, but he also paints a picture of a long, full life that includes visits to the countryside and barefoot strolls down the beach.

Sexy, sultry, and just the right amount of risque, SexyBack catapulted into the public consciousness more than a decade ago, but it’s still a popular dance track to this day. Not only is the beat a timeless one, but it’ll get absolutely everyone on their feet. Who doesn’t remember SexyBack?

LoveStoned / I Think She Knows
2006, FutureSex/LoveSounds

With sexy serenading laid over a fast, addictive beat, this is a track that’s sure to cause a little naughtiness on the dance floor. Cover grandma’s eyes and get ready to grind against your partner; you can’t resist Justin Timberlake when he unleashes the full extent of his charisma.

Push the guys off the dance floor with this tribute to bad girls and the games that they play with their boy toys. If you’re looking for something to choreograph for a bridesmaids song or viral wedding dance, Love Don’t Love Me will be a track to remember.

Running fast in my mind
Girl don’t you slow it down
If we carry on this way
This thing might leave the ground
How would you like to fly?

As you might expect from the name, Senorita is a sizzling, Spanish-inspired number that brings to mind dusty orange streets and the beautiful dark-haired women that walk them. While it might not be your typical wedding song, it’ll provide an excellent backdrop for a rumba dance with your spouse.

Yeah, you know I can make ya happy
I could change your life
If you give me that chance
To be your man

Enjoy a blast from the past when you play Like I Love You at your wedding reception. It was the funky, drum-laden debut of a baby-faced Justin Timberlake back in 2002. It still holds up today as a fun dance track that will delight your guests as soon as they recognize the opening riff.

Whether you’re looking for something sweet, soulful, or sinful, Justin Timberlake has a variety of songs for the modern wedding. Check out his discography for even more tracks beyond these 11!

A reader thinks the following song should be added to the list. What do you think?

Until The End Of Time (Justin Timberlake and Beyoncé)
2007, FutureSex/LoveSounds

Justin Timberlake is an American (Tennessee) singer/songwriter, actor, multi-talented artist. Justin is one of the lead singers and members of the boy band ‘N SYNC. ‘N SYNC reached global stardom with hits like “Bye Bye Bye”, “Tearin’ Up My Heart”, and “I Want You Back”. 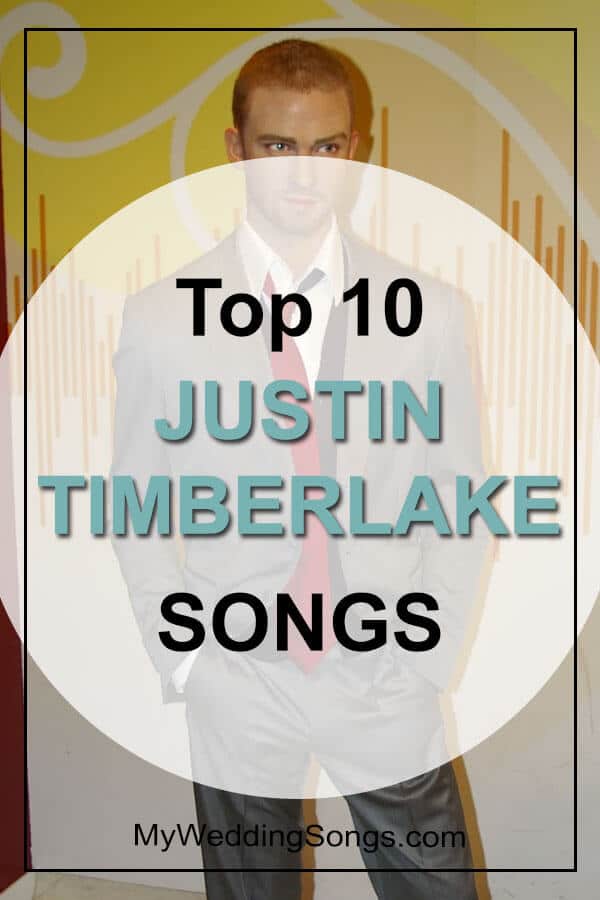 ‘N SYNC stopped producing new music in 2002. In the same year, Justin released his first album Justified. Just is still producing music today with his last album released in 2013 titled The 20/20 Experience – 2 of 2. Just has also been in feature movie films including Trouble With The Curve, The Social Network and Friends With Benefits.

Through the years Justin Timberlake has collaborated with many other music artists. Justin has successfully worked with other artists such as The Black Eyed Peas on the song “Where Is The Love?, Jay Z on “Suit & Tie”, Michael Jackson on “Where Is The Love” and Timberland on “SexyBack”.

So, what are the best Justin Timberlake songs? We took the liberty to list them for you.

#1 Rock Your Body
Released in 2003
on album Justified

#7 My Love featuring T.I.
Released in 2006
on album FutureSex/LoveSounds