Skip to content
Home > Music Artists > Top 11 Bryan Adams Love Songs For Your Wedding
My Wedding Songs is a reader-supported website. As an Amazon Associate, we earn revenue from qualifying purchases. Purchases made through links on this page may earn us a commission but also support the artists.

Bryan Adams is a Canadian musician as singer, songwriter, and guitarist.

Bryan’s first studio album titled in his own name was released in 1980. He is still making albums.

With a music career spanning more than 35 years, Adams has created many love songs. 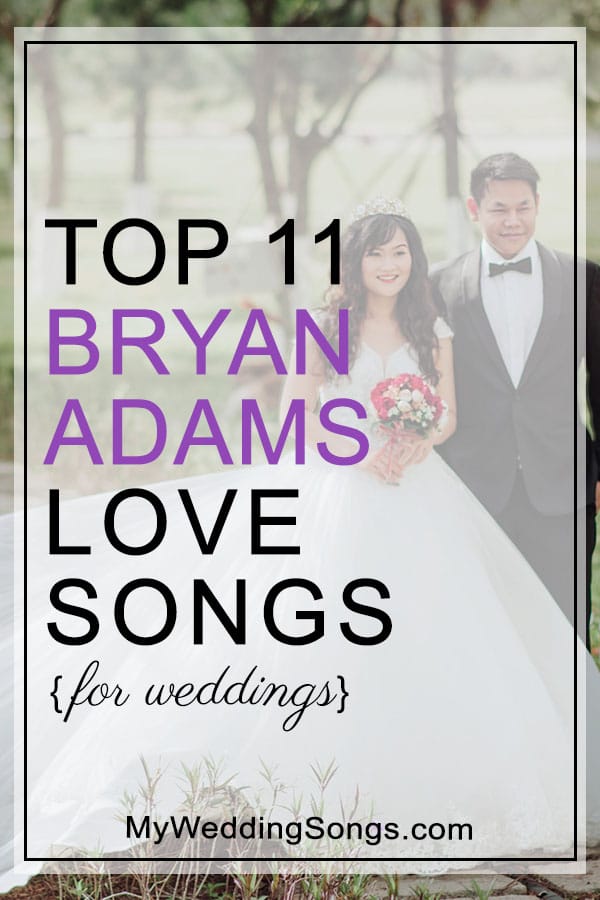 Take me as I am, take my life
I would give it all, I would sacrifice

#3 I Finally Found Someone
Bryan Adams & Barbra Streisand
1996, The Mirror Has Two Faces

Forever we will be
Together just you and me

Let’s make a night – to remember
From January – to December

#10 Thought I’d Died And Gone To Heaven
1991, Waking Up the Neighbours

I never loved, I swear to God
Never needed no one, ’til you came along

Another great wedding song was After All (Michael Bublé featuring Bryan Adams). It was released in 2013.