Skip to content
Home > Music Artists > Top 10 Mariah Carey Love Songs For Your Wedding
My Wedding Songs is a reader-supported website. As an Amazon Associate, we earn revenue from qualifying purchases. Purchases made through links on this page may earn us a commission but also support the artists.

Just because we live in Las Vegas, we tend to give preferences to musicians who have had a residency. In 2015, Mariah Carey started a residency stint at Caesars Palace’s Colosseum. Mariah Carey is one of the highest-selling artists of the 1990s. 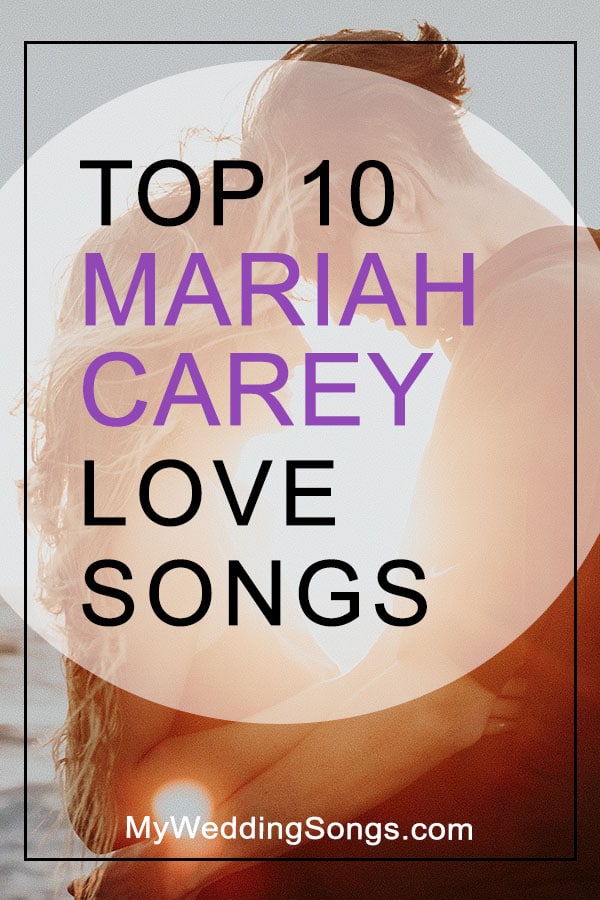 Mariah Carey is known for her high-octave voice but also her raw emotion. Her romantic songs have touched the hearts of many. The greatness of Mariah’s love songs extends past slow tempo songs like “One Sweet Day”, with other hits like “Fantasy”. Love songs typically tell a story about a love between a couple. Our song list of Mariah Carey’s Love Songs is not about breaking up but rather keeping their love going strong.

Mariah Carey’s mainstream musical career started in 1990 with her debut album Mariah Carey and her first released song “Vision Of Love”. The latest album was released in 2014 titled Me. I Am Mariah… The Elusive Chanteuse is a compilation album but did have a new hit “Beautiful”.

Just for you love birds wanting to celebrate your love for each other -and- those who are part of the Mariah Carey fan club, please enjoy our list of romantic Mariah Carey songs.

Together, One sweet day, Loving you always and I’ll wait patiently to see you in heaven

#2 Always Be My Baby
Released 1996 on album Daydream

You’ll always be a part of me, I’m part of you indefinitely

To have you lying by my side, Right here, cause baby, (We belong together)

Dream lover come rescue me, Take me up take me down, Take me anywhere you want to baby now

Let me fill your heart with joy and laughter, Togetherness, well it’s all I’m after

‘Cause I’ve drowned in you, And I won’t pull through, Without you by my side

I had a vision of love, And it was all that you’ve given to me

What you should know, I can’t live, If living is without you

I will give you everything, There’s nothing in this world I wouldn’t do, To ensure your happiness

There’s no beginning and there is no end, Feels like I’m dreaming, but I’m not sleeping, Fantasy

#11 Hero – Not considered a love song as the song describes an inner power within all of us. However, a great song!

#Beautiful – featuring Miguel
2013, Me. I Am Mariah… The Elusive Chanteuse

Shake It Off
2005, The Emancipation of Mimi

Don’t Forget About Us
2005, The Emancipation of Mimi

I Know What You Want – with Busta Rhymes featuring The Flipmode Squad0
2003, It Ain’t Safe No More

All I Want for Christmas Is You
1994, Merry Christmas