Skip to content
Home > Music Artists > Top 10 Frank Sinatra Love Songs & Biggest Hits
My Wedding Songs is a reader-supported website. As an Amazon Associate, we earn revenue from qualifying purchases. Purchases made through links on this page may earn us a commission but also support the artists.

Starting in the 1980s, Frank called Las Vegas home to his musical performances.

Frank Sinatra is also one of the best-selling artists of all time and is considered one of the greatest musicians of the 20th Century.

So, we created a list of Frank Sinatra Love Songs for Weddings! 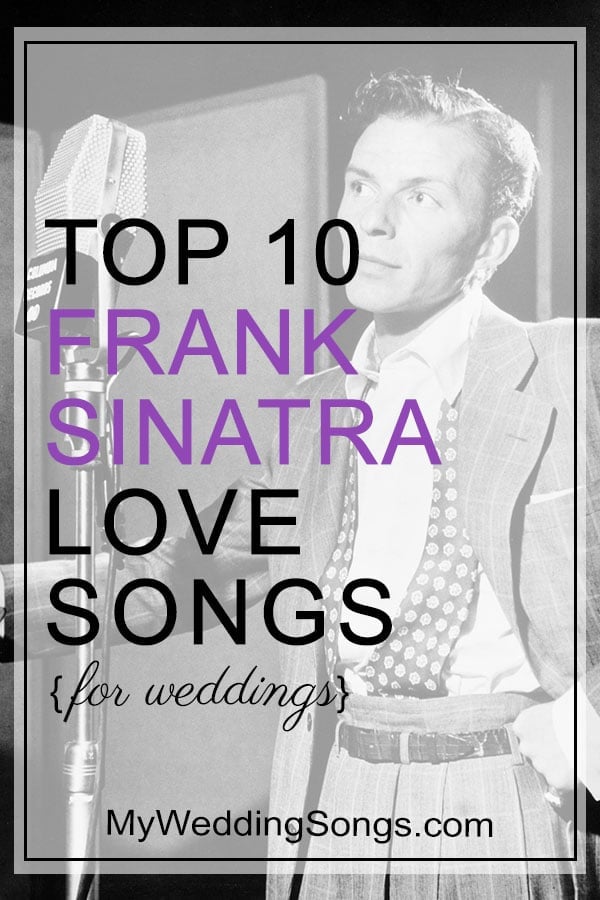 “You make me smile with my heart, your looks are laughable, unphotographable, yet you’re my favorite work of art”

“I’d sacrifice anything come what might, for the sake of having you near”

“I get no kick from champagne, mere alcohol doesn’t move me at all, so tell me why should it be true, that I get a kick out of you”

“Whether near to me or far, it’s no matter, baby, where you are, I think of you day and night”

“I’ll be loving you always, with a love that’s true always”

“Love and marriage…You can’t have one without the other”

Frank Sinatra is a true American classic singer that will live forever through his music. Sinatra’s music is known and recognizable by many. When played at the right time, Frank Sinatra’s love songs make a great fit for every wedding.

Frank Sinatra is an American (New Jersey) singer enthralled in music history and was propelled by his acting career. Sinatra was a founding member of the Rat Pack. Frank received eleven Grammy Awards and many Top 10 Hits. Just for Frank’s ties to Las Vegas, he was elected to the Gaming Hall of Fame in 1997. 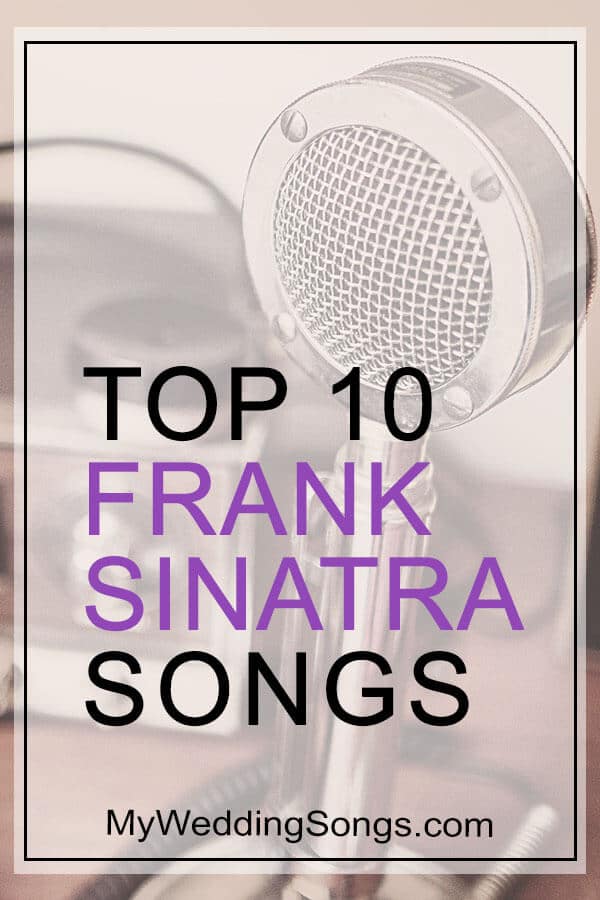 Frank Sinatra’s music career started in 1946 with the release of his first album The Voice of Frank Sinatra. Four years before his death, Sinatra’s last album Duets II was released and was his 59th studio album.

10. Strangers In the Night
Released in 1966
On Album Strangers in the Night
Did you know that Sinatra introduces scat singing at the end of the song?

8. Summer Wind
Released in 1966
On Album Strangers in the Night
Did you know the song was first released by Wayne Newton?

7. I’ve Got You Under My Skin
Released in 1956
On Album Songs for Swingin’ Lovers
The song was written by Cole Porter and was released by many artists.

6. Come Fly With Me
Released in 1958
On Album Come Fly with Me
The describes places in which everyone dreams of vacation…

5. Luck Be a Lady
Released in 1963
Later released on Album Reprise Musical Repertory Theatre
Did you know the song was featured in the musical Guys and Dolls?

4. My Way
Released in 1969
On Album My Way
Did you know the song was written by Paul Anka? This describes a man who reflects on his life’s journey.

2. The Way You Look Tonight
Released in 1961
On Album A Song for Young Love
The song was originally featured in the film Swing Time by Fred Astaire.

1. Fly Me to the Moon with Count Basie
Released in 1964
On Album It Might as Well Be Swing
The song was originally released by Kaye Ballard in 1954. It is great to know that a legend helped arrange the music for the album – Quincy Jones. It is estimated the song has been recorded more than 300 times.

What are the highest-charting Frank Sinatra songs?