Stevie Wonder is an American (Michigan) musician in the soul/R&B music genre. When creating a list of the best love songs produced by Stevie, it was actually quite difficult. The reason is that Stevie has had more than 30 top ten hits on the Billboard Hot 100. 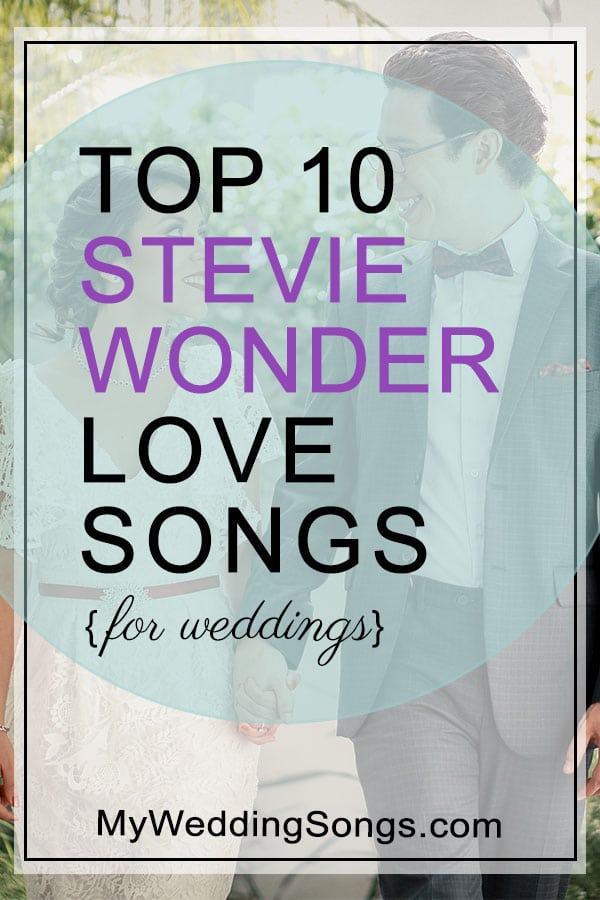 Stevie Wonder’s accolades include being inducted into the Rock and Roll Hall of Fame and the Songwriters Hall Of Fame. Stevie has won the Lifetime Achievement Award along with 25 Grammy Awards. Stevie is one of the most successful musicians in the last three decades of the 1900s.

Not only has Stevie had success selling albums, but he has also topped the charts. Stevie has had 10 number one hits on the Billboard Hot 100 and 20 number ones on the R&B Billboard Chart. With so many hits, let’s narrow them all down to 10 love songs best for weddings.

“Here I am baby, Oh, you’ve got the future in your hand, signed, sealed delivered, I’m yours”

“For once I can touch what my heart used to dream of, long before I knew, someone warm like you, would make my dreams come true”

“You are the sunshine of my life, That’s why I’ll always stay around, You are the apple of my eye, Forever you’ll stay in my heart”

“Just as kindness knows no shame, Know through all your joy and pain, That I’ll be loving you always”

“And the words of love I speak to you, will echo in your mind, I believe when I fall in love with you it will be forever”

“I only pray that I have shown you a brighter day, Because that’s all that I am living for, you see”

“I can’t believe what God has done, Through us he’s given life to one, But isn’t she lovely made from love”

“I just called to say I love you, And I mean it from the bottom of my heart”

#9 Overjoyed
Released in 1985 on the album In Square Circle

“And though you don’t believe that they do, They do come true, For did my dreams, Come true when I looked at you”

“All through thick and thin, Our love just won’t end, ‘Cause I love my baby” 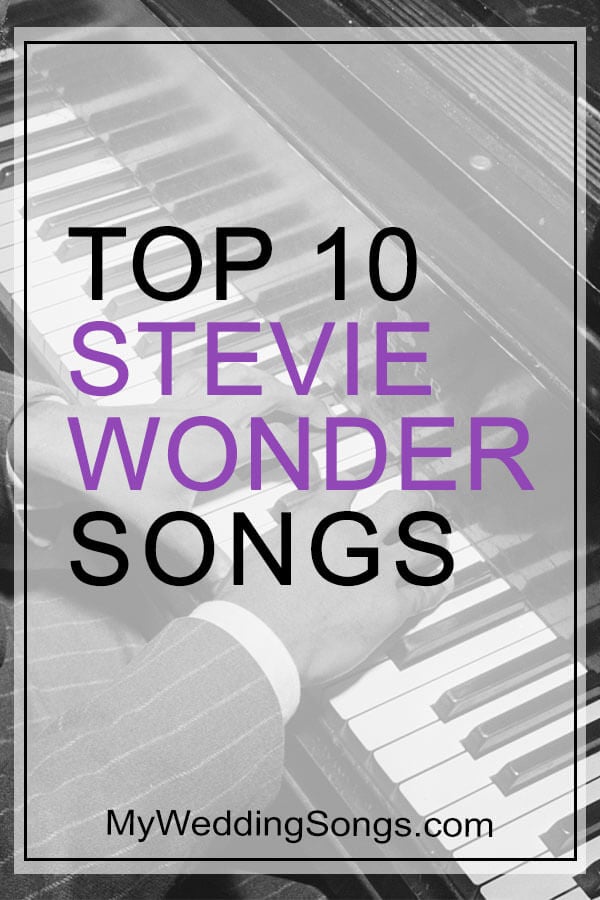 Even though Stevie Wonder has been blind since just after birth, he has been one of the greatest Motown artists of all-time. Stevie has amassed more than thirty top ten hits and twenty Grammy Awards – the most by a male solo artist, and also a Lifetime Achievement Award. Of the thirty hits, ten reached number on the Billboard Hot 100. Wonder has also been elected into the Rock and Roll Hall of Fame and the Songwriters Hall of Fame.

#2 Isn’t She Lovely
Release Date: 1976
On Album Songs in the Key of Life
One of the greatest songs to celebrate a father’s love for his daughter and father-daughter dance song.

#3 Signed, Sealed, Delivered I’m Yours
Release Date: 1970
On Album Signed, Sealed & Delivered
Did you know the song title is credited to Stevie’s mother?

#4 You Are the Sunshine of My Life
Release Date: 1973
On Album Talking Book
The song is Wonder’s third number one song on the Billboard Hot 100.

#5 Ribbon In the Sky
Release Date: 1982
On Album Original Musiquarium

#6 For Once In My Life
Release Date: 1968
On Album For Once in My Life
The song was originally written by Ron Miller and Orlando Murden.

#7 I Just Called to Say I Love You
Release Date: 1984
On Album The Woman in Red Soundtrack
Featured in the Woman in Red movie, the song was Stevie’s tenth number one song.

#9 Overjoyed
Release Date: 1985
On Album In Square Circle
Did you know the song was first performed live in a 1983 episode of Saturday Night Live?