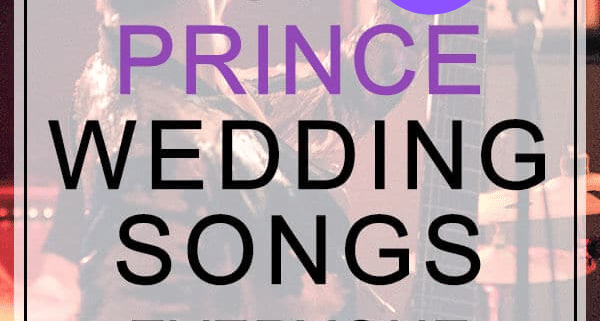 Prince is a music legend. His fashion style and memorable music will live forever. Here is a list of the top 12 songs of Prince to incorporate into your wedding. 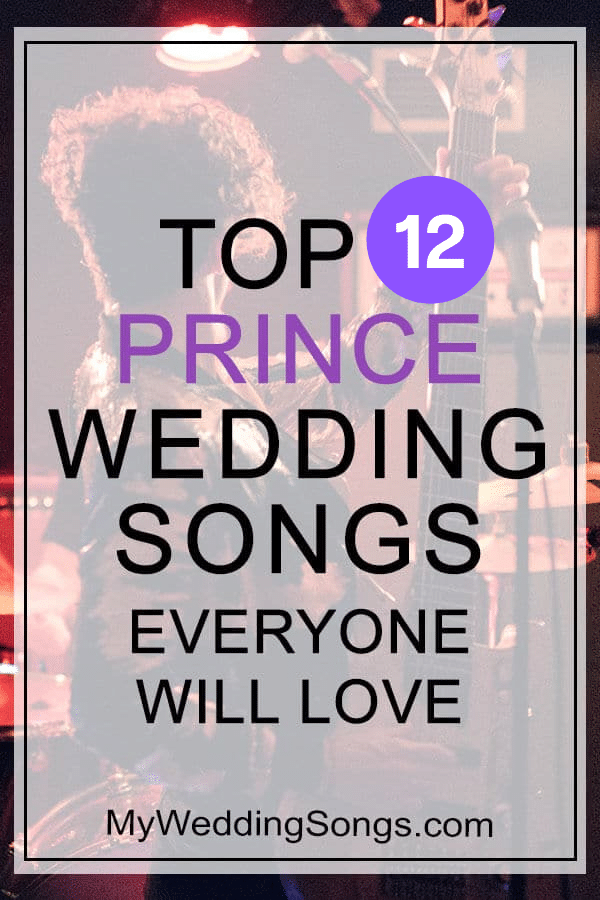 Kiss
1986, Album: Parade – Music From The Motion Picture Under The Cherry Moon

“Maybe u could be mine, U just leave it all up to me, We could have a good time”

“Are we gonna let the elevator, Bring us down, oh, no let’s go, Let’s go crazy, let’s get nuts”

The Most Beautiful Girl In The World
1994, Album: The Beautiful Experience

“It’s plain to see you’re the reason that God made a girl, Oh, yes you are”

Raspberry Beret
1985, Album: Around the World in a Day

“She wore a Raspberry beret, The kind you find in a second-hand store”

“Dig if you will the picture, Of you and I engaged in a kiss”

“From the first moment I saw you, Oh, I knew you were the one”

Diamonds and Pearls
1991, Diamonds And Pearls

“If I could I would give you the world, All I can do is just offer you, my love”

Nothing Compares 2 U
Made famous by Sinéad O’Connor. Also released by Chris Cornell for an awesome cover.
Included on the album The Hits/The B-Sides in 1993.

Prince can be remembered by this collection of songs by Beck wrapped up in one song.