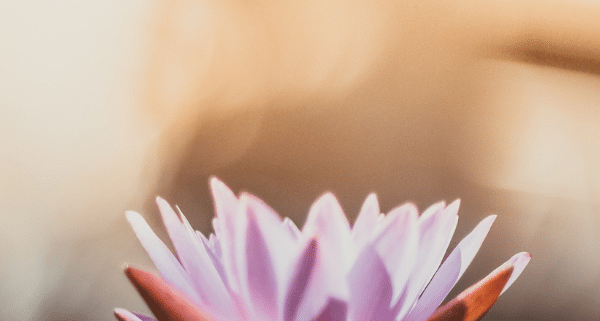 Fleetwood Mac is one of the most iconic bands in the history of rock and roll. The raspy vocals of Stevie Nicks and husky tones of Christine McVie blend in harmony over the driving rhythms of John McVie and Mick Fleetwood. Add in Lindsey Buckingham’s talent on the guitar and what you have is nothing short of legendary.

The Mac is known for songs that explore the many shades of love. Why wouldn’t they be? The band’s story involves love affairs and triangles among its members. Each member of the band seems to channel the emotion of love in the songs they write. Here are the top ten Fleetwood Mac love songs.

Everywhere
1987, Tango in the Night

“Everywhere” is often overlooked on the list of Fleetwood Mac’s greatest love songs. This poignant ballad was penned by Christine McVie, and it speaks of that wonderful moment when a person realizes they have found a forever love.

The song was one of the highlights of 1987’s Tango in the Night album. Considered one of Fleetwood Mac’s definitive collections, this album’s inclusion of “Everywhere” was a wise choice. It is still a concert favorite today.

“Don’t Stop” is an uplifting love song of encouragement from one person to another. Christine McVie and Lindsey Buckingham combine their voices on this soaring anthem about the possibilities that love can bring when one stays positive on their journey.

The song has a lively tempo, something that is somewhat rare for Fleetwood Mac love songs. The finger-snapping, toe-tapping tune sends out a vibe that everything will be alright when two people love one another with their entire heart and soul. It also resonates with the support that partners should have for one another.

Who doesn’t like that feeling of butterflies in the stomach that love brings? “Over My Head” captures the essence of new love. It conveys what it feels like to fall in love for the first time. All of the emotions that accompany falling in love are there: excitement, nervousness, and even a little bit of pain.

The mellowness of this song makes it a great choice for slow dances between partners. It aches with a vulnerability that can only be resolved in the arms of your lover. When one learns to let go, love can truly bloom into something wonderful.

It is certainly no surprise that Stevie Nicks has some entries on this list of greatest Fleetwood Mac love songs. The Arizona native has long been the centerpiece of the band. You might be surprised to find out that a song Stevie considers to be one of her best love songs was almost forgotten. “Silver Springs” was originally released as a B-side to a single. It wasn’t until The Dance that this song made it onto a Mac album.

“Silver Springs” is a song that speaks of loss, and how that loss impacts one’s longing for the person they love. Many suspect that Nicks wrote it for her own ex, Lindsey Buckingham. In her own haunting way, Nicks asserts in the song that the sound of her voice will long torment her old love.

“Hold Me” is another rare duet by McVie and Buckingham. It is a love song about the closeness one partner needs from another in order to be fulfilled. It is a great song for those that are in the beginning stages of love when they need to make expectations clear to their partner.

The song promises ultimate love and devotion in return for the same. It also confesses the fear of being hurt, something all lovers must overcome in their quest for happiness.

There is nothing quite like the feeling you get when falling in love. Those early days are what inspire this fun, up-tempo number. It will remind you of how you felt the first time you saw the love of your life, a time when all you wanted was to hear those three little words.

In recent years John McVie has joined his ex Christine in singing this song in concert. One can easily see that the love between them has never completely died. Sometimes we all need a reminder to go back to those days when the spark was there in our relationship.

Don’t, don’t break the spell
It would be different and you know it will
You, you make loving fun
And I don’t have to tell you but you’re the only one

Does love make you want to believe in the power of magic? Does it make you yearn for a fairy tale reality? That’s what “You Make Loving Fun” is all about. Voiced by Christine McVie at her finest, this song embodies all of the feelings that make love grand. It’s about laughter, secret smiles, and walking hand in hand.

The song was included on the Rumours album in 1977. It became an instant radio smash, and it is still in rotation on easy-listening stations today. The refrain “falling, falling, falling” at the end of the song is exactly what this love song is about.

Well, I’ve been ‘fraid of changin’
‘Cause I’ve built my life around you
But time makes you bolder
Even children get older
And I’m gettin’ older, too

There is perhaps no more emotional Fleetwood Mac love song than “Landslide” by Stevie Nicks. This song is about learning to spread one’s wings and fly. It reminds us that true love is not restrictive. It encourages us to grow and become something beautiful.

In this song, Stevie reminds us all that our romantic partners are sent to teach us how to be strong, how to fall, and how to get back up again. She speaks of growing older and realizing that she is stronger than anyone imagined. There is also a hint in the song that trust is important to successful romantic relationships.

You said that you love me
And that you always will
Oh, you begged me to keep you
In that house on the hill

When “Big Love” was released as a single from the Tango in the Night album, the response was less than enthusiastic. It wasn’t until the band reworked the arrangement that the song became an instant classic. It has been a staple of Fleetwood Mac concerts, and it is performed solo by Buckingham. His blistering guitar work on the song has become legendary.

“Big Love” is a song about the hope of love. Buckingham sings about wanting to create the perfect life for his mate, promising to always look out for the love they share.

To you, I’ll give the world
To you, I’ll never be cold
‘Cause I feel that when I’m with you
It’s alright, I know it’s right

Dreams
1977, Rumours
In 2020, A video on TikTok went viral and brought this song back to life with mass appeal. It ranked in the Top 5 hot songs again!

This beautiful composition by Christine McVie is most often performed in concert with only McVie at the piano. Written for her ex-husband, Fleetwood Mac bassist John McVie, the song is a wish for happiness from one lover to another. Mick Fleetwood himself has called it the band’s most moving love song.

The haunting melody and arrangement of “Songbird” was first heard on the award-winning Rumours in 1977. It remains as sentimental today as when it was first recorded.

If you love Fleetwood Mac, check out these other musician playlists: