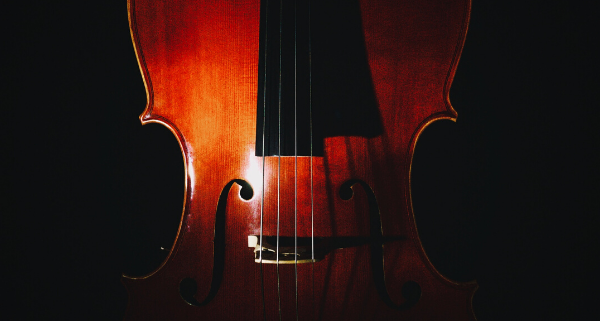 Luka Sulic and Stjepan Hauser are more commonly known as the duo 2Cellos. These masters of instrumental music are a part of the Sony Masterworks label. 2Cellos records and releases cello arrangement covers of popular music including wedding and love songs.  We assembled a list of 2Cellos songs to add to your wedding ceremony list of songs.

2Cellos is no stranger to romance, having appeared on the ABC television series The Bachelor. Their music lends itself to weddings and other formal occasions. Instrumental music is often preferred by couples for their wedding ceremony. This style of music from 2Cellos resembles chamber music, but it also has a more modern vibe.

The rise of 2Cellos can be credited in part to YouTube. The video of “Smooth Criminal” by the duo went viral. Both Hauser and Luka Sulic often competed in the same music competitions before joining their talents to form 2Cellos. 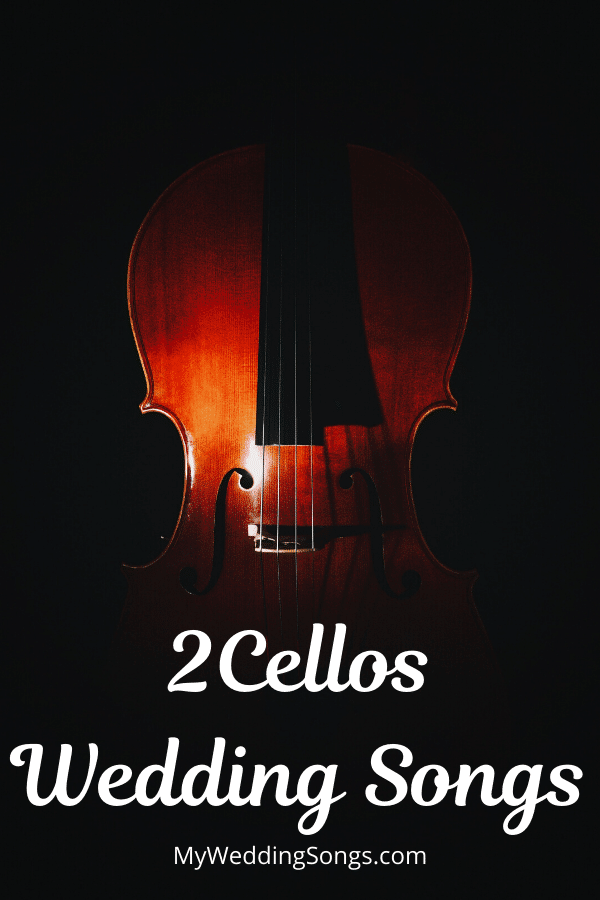 For those who wish to use the music of 2Cellos at their wedding, we have compiled a list of the best 2Cellos wedding songs. These love songs arranged for cello will add an air of elegance to your wedding ceremony.

Livin’ on a Prayer
2021, Dedicated
If you are looking for an uptempo classic rock song to exit the ceremony altar, this is the perfect song everyone will recognize.

Moon River
2017, Score
Setting the stage at the wedding reception with a poignant instrumental tune can create a wonderful sense of romance, and that is why many couples choose this song from 2Cellos. It is often used as the soundtrack for the all-important first dance between the newly married couple.

Love Story
2017, Score
Few classical love songs are more popular than this enduring theme, a song that should be played as couples walk down the aisle. Most wedding guests will recognize the familiar melody as they shed tears of happiness for the newlyweds.

Love Theme from The Godfather
2017, Score
This theme from one of the cinema’s most popular films is often heard as newlyweds are introduced at the wedding reception, but it can also be used for first dances. Some couples with strong family ties even use the song as a part of their wedding processional.

For the Love of a Princess
2017, Score
The dance between father and bride is one of the most special moments at any wedding reception, and this 2Cellos classic will have guests breaking out the tissues. It can also be used in other contexts such as the lighting of a unity candle or pouring of unity sand.

My Heart Will Go On
2017, Score
Few songs capture the essence of romance better than this Celine Dion classic from the film Titanic, and 2Cellos delivers a beautiful instrumental rendition. A great thing about instrumental wedding music selections is that you can savor the emotions of the melody without being focused on the lyrics.

Cinema Paradiso
2017, Score
There should be a place in every wedding for formal musical arrangements like this one, a classic that 2Cellos has given a modern feel with a vibrant arrangement. Those who want to splash the entrance of the couple to the reception hall with a tad of drama will appreciate this version of the tune.

Cavatina
2017, Score
When you play this song by 2Cellos to begin the wedding processional your guests will know that they are about to witness something magical, and the song will help you create a moment that will long be remembered. You can also play the arrangement when the wedding party is exiting the wedding chapel.

Game of Thrones Medley
2017, Score
Let your wedding be remembered throughout all of the Seven Kingdoms when you play the 2Cellos take on the theme from television’s most popular drama. This cut is actually a medley that combines the theme of the show with another tune from one of the series’ best episodes.

Rain Man Theme
2017, Score
You might not consider this theme from the film, Rain Man,  starring Tom Cruise and Dustin Hoffman as wedding material, but the 2Cellos version is likely to change your mind. The tempo and flowing melody have made this song a popular choice for wedding processionals as well as reception dancing.

Human Nature
2011, 2Cellos
The King of Pop Michael Jackson is remembered for this song in addition to many others, and it is a ballad with a slow tempo that serves weddings well. The most appropriate way to use this tune will probably be as the song for the happy couple’s first dance together.

Smooth Criminal
2011, 2Cellos
This was the song that started it all for 2Cellos, a YouTube viral hit that is still one of the duo’s most-requested performances. It is a song that includes all of the drama that cello arrangements are known for, and it is definitely a song that you would want to use in the formal ceremony.

Fragile
2011, 2Cellos
This is one of the world’s most enduring romantic classics, and each year it can be heard at wedding receptions for couples young and old. There is no wrong way to include this arrangement by 2Cellos, but the trend seems to be using it as a formal dance tune after the vows have been said.

Viva la Vida
2011, 2Cellos
All songs covered by 2Cellos aren’t classical tunes that young people might find it hard to relate to, and this piece of popular music by Coldplay sounds great as an instrumental. It would be a nice choice to have the song played at the wedding reception as a break from standard dance fare.

With or Without You
2011, 2Cellos
2Cellos takes this song by U2 from a soft beginning to a bold crescendo, and the way it builds can make it a good choice for the entrance of the bridal party. Couples need to forget the meaning of the song and remember the first time they shared the song together.

The cello makes for a great string instrument to play at weddings along with the piano, violin, guitar, harp.

If you have a favorite 2Cellos wedding song not on our list, be sure to comment on it below so we can add it!