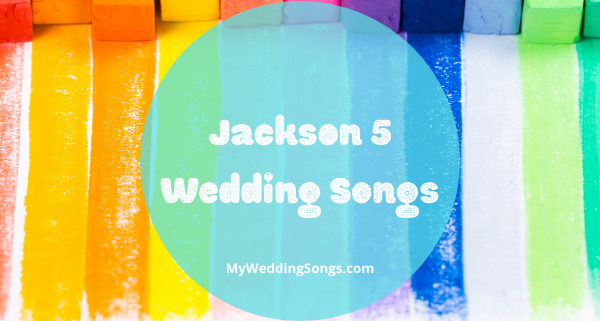 The Jackson 5 is one of the most iconic groups in the history of recorded music. The siblings achieved success with the Motown label, recording classics like “ABC’ and other songs that defined an entire musical era. The group is responsible for a vast catalog of Jackson 5 love songs and romantic hits.

The iconic first family of pop music created their band in 1965. They hailed from Gary, Indiana. Led by their father, Joe, the five Jackson brothers recorded their first album in 1967. It would be just a few short years until the brothers were discovered by Motown, and the rest is music history.

Jackie, Tito, Jermaine, Marlon, and Michael were the first Motown group to have four consecutive number one songs. Michael soon emerged as the breakthrough star, and he would go on to have the best solo career of all the brothers. Two sisters also made a name for themselves as musical artists.

The music of the Jackson 5 has become a part of the American musical landscape, crossing genres and enduring to the present day. Although Michael passed away in 2009 and Randy no longer performs, the remaining brothers continue the Jackson 5’s musical legacy.

It is hard to go wrong with any Jackson 5 hit if you are looking to add popular music to your wedding festivities. The group has ballads, dance numbers, and other love songs that can help you create a wedding to remember. Here is a list of the best Jackson 5 wedding songs.

I am Love
1974, Dancing Machine
This song is lyrically similar to many of the Jackson 5’s greatest hits, expressing the theme that love surrounds all things and all people. It can be a very nice song to play before you and your partner light a unity candle.

Love Song
1972, Lookin’ Through the Windows
Keeping things simple is never a bad idea on your wedding day, and love songs don’t come much simpler than this. Even though the message is straightforward there is a depth of emotion that can help you set the proper mood if you play this as the guests begin to arrive.

ABC
1970, ABC
The catchy hook of this song has been sung by music lovers of three generations, and it is a song that will appeal to both young and old wedding guests. It is also a song that encourages everyone to dance together at the wedding reception, sharing in the joy and happiness of the day.

I’ll Be There
1970, Third Album
This love song by the Jackson 5 has been covered by many other musical artists such as Mariah Carey, and it still has the power to make your wedding guests swoon. This is a song that should be shared by the newlyweds as a special dance, perhaps the first one they will enjoy as a married couple.

All I Do Is Think of You
1975, Moving Violation
This is a song that sums up those feelings that are common in the early days of falling in love, and it has been used by many couples during various parts of the wedding celebration. You might want to dedicate it to your new spouse at the reception, and maybe you could even sing it with the band.

I Found That Girl
1970, ABC
Here is a love song from the Jackson 5 that reaffirms you have found the love of your life, and every bride needs a special song played just for her on your wedding day. Bring her to the dance floor and use this ballad to create a tender moment for everyone to see.

Little Bitty Pretty One
1972, Lookin’ Through the Windows
This song is reminiscent of many early Motown hits, and it will be appreciated by those of a certain age who remember the heyday of the Jackson 5. It is a dance tune that is best saved for reception dancing, but you can also play it to spotlight the bride and her wedding party.

Show You the Way to Go
1977, The Jacksons
When we enter into marriage we express a certain amount of vulnerability, and we acknowledge that a life partner is needed to help us through. That sentiment is likely why some couples choose this as the song for their first dance as man and wife, and why others use it as a part of the processional.

Lovely One
1980, Triumph
A young woman never looks better than she does on your wedding day, and some wedding songs were meant to honor that. This is one of those songs, a powerful love ballad that will let her know how beautiful she is.

Can You Feel It
1980, Triumph
There are a number of emotions that couples feel on your wedding day, and this song is a reminder to celebrate every one of those feelings. Playing this song at the wedding reception is a way to engage your guests and help them achieve the same depth of feeling.

You’re My Best Friend, My Love
1976, Joyful Jukebox Music
The person that you choose to marry should be your best friend as well as your forever love, and they need to know that is how you feel. The Jackson 5 say it better than most of us ever could in this song from the height of their popularity.

One Day I’ll Marry You
1979, Boogie
Today is that day, the day that all the hopes and dreams of many young women and men are accomplished. Let yourself be reminded of all the reasons that you fell in love with your new spouse, and raise a toast to forever when the DJ spins this Jackson 5 classic hit.

Nothin’ (That Compares 2 U)
1989, 2300 Jackson Street
Each partner should choose some songs that express devotion for the one they will marry, and they should make those songs an important part of the wedding ceremony. This one can be played at the reception, or some may want to have it played as the newlyweds are introduced as husband and wife for the first time.

Forever Came Today
1975, Moving Violation
Every wedding needs the right song to conclude the day, and this one makes for the perfect send-off. As you depart the wedding chapel remember that the vows you have taken are forever.

If you have a favorite Jackson 5 love song not on our list, be sure to let us know below so that we can add it.