Skip to content
Home > Music Artists > Top 12 Johnny Cash Love Songs For Your Wedding
My Wedding Songs is a reader-supported website. As an Amazon Associate, we earn revenue from qualifying purchases. Purchases made through links on this page may earn us a commission but also support the artists.

Johnny Cash is known as a Country musician. Not all of Johnny Cash’s music is dark, black. Here is a list of popular Johnny Cash Love Songs.

The Man In Black

Johnny Cash’s music encompasses so much more than Country like: 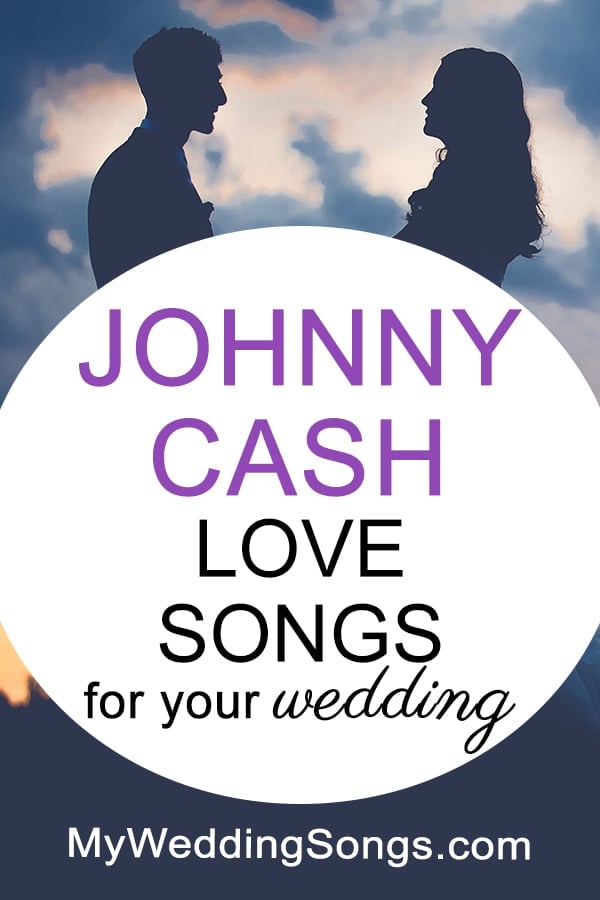 Johnny Cash’s music career spans six decades from 1954 until his death in 2003 at age 71.  Johnny Cash’s love relationship and wife June Carter is described in many songs, of which a few are mentioned below.

Darlin’ companion, now you know you’ll never be abandoned
Love will always light our landin’: I can depend on you

Happiness Is You
1966, Johnny Cash

I Walk the Line
1957, With His Hot and Blue Guitar

Yes, I’ll admit that I’m a fool for you
Because you’re mine

Remember Me (I’m The One Who Loves You)
1957, With His Hot and Blue Guitar

Remember me, I’m the one who loves you

The taste of love is sweet
When hearts like ours meet

Rose Of My Heart
2006, American V: A Hundred Highways

You’re the Nearest Thing to Heaven
1958, Sings the Songs That Made Him Famous