Mission Statement: To be a valuable website that presents current, popular, and unique song suggestions to couples planning their weddings and events. To help wedding planners, DJs, and wedding pros find new music and be music educated. We strive to build a sharing community while giving back to the community.

Since 2017 My Wedding Songs has become a recognized leader as a source for Wedding Song Ideas.  MWS is owned and operated by husband and wife team Matt & Sharon Campbell.  We live in the wedding capital of the world, Las Vegas.

Our unique ability to find, share and be a resource of wedding song suggestions has gained us recognition by curating 600 playlists and rewarded by helping 4 million couples a year.

Matt’s career in the wedding and music industries began in 1993 as a wedding DJ and owner of DJ Express in Montana. He continued his love of music and weddings in 2003 by creating a broadline wedding planning website WeddingMuseum.com. However, Matt realized that the music playlists on the site were the most popular section.

In January 2017 WeddingMuseum.com rebranded to MyWeddingSongs.com to strictly focus on music suggestions. Now with more than 600 curated playlists, MWS has found its niche in the music and wedding industries.

He strives to curate the song lists with new songs being released each week with a focus on wedding song lists including the wedding ceremony and reception songs, newly released, hot 50, and top 100 all-time.

Matt is the author of the Wedding Songs Playlist: The Ultimate Guide to Planning Your Wedding Music.

You can catch him on the Wedding Songs Podcast on all major podcast platforms.

Matt is an official member of the Rolling Stone Culture Council 2021-2022.

Matt is a former Communications Director board member of the Las Vegas Wedding Chamber of Commerce from June 2021 to June 2022. He also has been the Las Vegas Bloggers Meetup organizer since January 2020.

In order to give back to the wedding industry and share his SEO knowledge, Matt is the SEO Strategist for Brian Lawrence. He does not work directly with clients but rather supervises SEO projects with Brian. 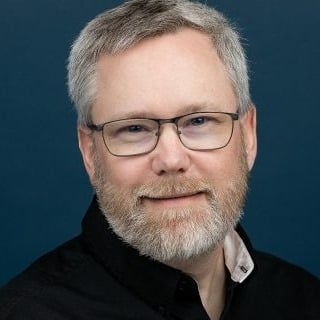 My Wedding Songs has been featured in Style Me Pretty, The Budget Savvy Bride, Ruffled, Offbeat Bride, and many other wedding industry publications. Matt has been quoted in Forbes, The Knot, and Wedding Chicks.

My Wedding Songs is a Las Vegas Wedding Chamber of Commerce member since 2015.

October 2021, My Wedding Songs was mentioned in a Category Pirates category design newsletter and their book The Category Design Toolkit!

Matt is a Gold Winner of the 2022 TITAN Business Awards for Entrepreneur – Website (My Wedding Songs).

At My Wedding Songs, we believe in giving back to try and make the world a better place.

In 2022, we will donate $0.25 for every 1,000 visitors to Junior Achievement of Southern Nevada. Junior Achievement gives students the tools they need to succeed through financial literacy, work readiness, and entrepreneurship programs.

In the past, we donated a portion of our profits to non-profit organizations such as Wounded Warrior Project, Feeding America, Three Square, and the American Cancer Society.