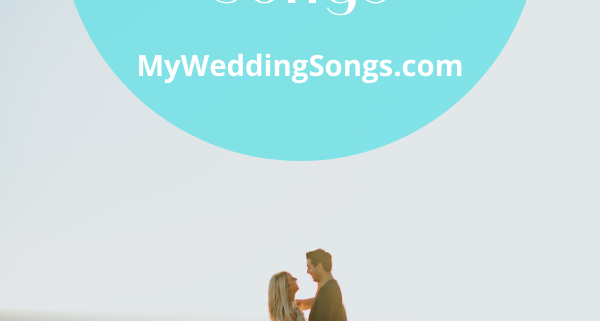 Modern couples often opt for something less traditional when it comes to wedding music. It is not uncommon to hear Macklemore’s wedding songs used in today’s festivities. Rap and hip hop music styles can provide music for weddings just like any other genre, and Macklemore is at the top of the game.

Macklemore is the stage name of Benjamin Hammond Haggerty. He is an American rapper that was born in Seattle, Washington. Macklemore has also distinguished himself as a songwriter with multiple hits to this credit. Many of these hits have been the result of a collaboration with Ryan Lewis that has produced two massive hit albums.

The recording career of Macklemore began in 2000 with the release of a mixtape. Macklemore functioned as an independent artist at that time, producing his own album releases without attachment to a major label. His hit song “Thrift Shop” went to the number one spot on Billboard despite lacking a prominent label. This is a testimony to how well Macklemore markets himself as an artist.

Macklemore has continued to make hit records with the help of Skylar Grey and other artists. He has also managed to win multiple Grammy awards for his partnership with Ryan Lewis. Macklemore recorded songs in partnership with Chance the Rapper and other stars of hip hop and has even included movie star Idris Elba on one of his hits. 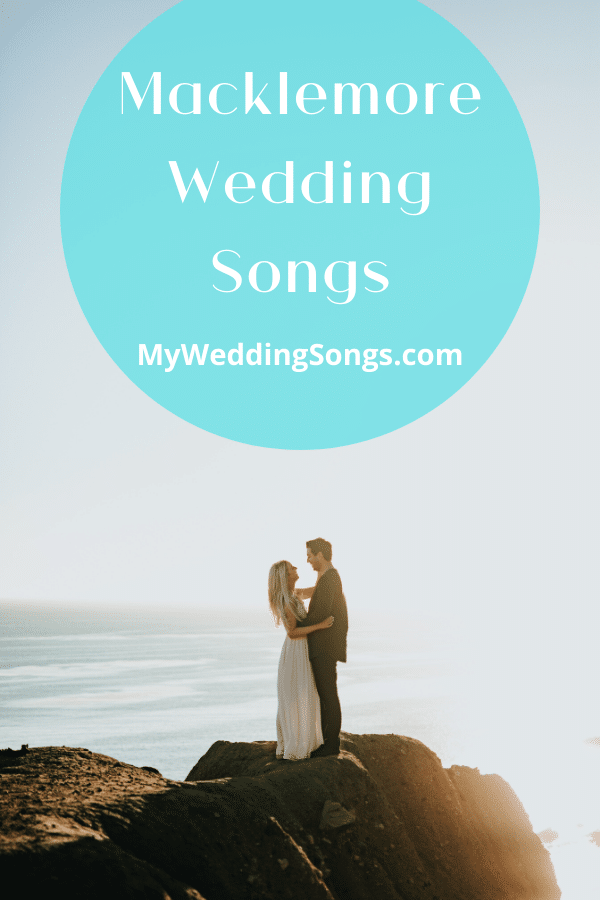 Using rap artists such as Macklemore to create a wedding song playlist is becoming more popular today. We have put together a list of the top Macklemore wedding songs for your special day. As you might expect, most of these songs should be used at the wedding reception. A few may be saved for more intimate moments of the ceremony. All will showcase your love for the music of Macklemore.

Dance Off
Macklemore & Ryan Lewis feat. Idris Elba & Anderson .Paak
2016, This Unruly Mess I’ve Made
Every newlywed couple needs some lively music to groove on with the wedding guests while the drinks are flowing and the memories are being made. You’ll create some moments to remember when you invite all of your guests to an impromptu dance-off to this Macklemore hit.

I challenge you to a dance off
Hands off, no trash talk, no back walk
On the black top, just me, you, that’s all

Growing Up
Macklemore & Ryan Lewis feat. Ed Sheeran
2016, This Unruly Mess I’ve Made
This Macklemore song featuring Ed Sheeran hits some sentimental notes with its poignant lyrics, and that may be why some brides have played it during the father-daughter wedding reception dance. It can also be used to create a non-traditional processional when mixed with other alternative hip hop hits.

Need to Know
Macklemore & Ryan Lewis feat. Chance The Rapper
2016, This Unruly Mess I’ve Made
Macklemore merged his talents with those of Chance the Rapper to deliver this hit on the second studio album from Macklemore and Ryan Lewis. It belongs in the category of wedding reception dance music, and you’ll want to save it for when the party really gets going.

Downtown
Macklemore & Ryan Lewis feat. Melle Mel, Grandmaster Caz, Kool Moe Dee & Eric Nally
2016, This Unruly Mess I’ve Made
You can also place this song from Macklemore in the wedding reception dance music category, and it will have all of your guests moving to the beat. Every wedding receptions need at least a few songs that are party anthems, and you can play this one first to set the tone for the entire party.

Same Love
Macklemore & Ryan Lewis feat. Mary Lambert
2012, The Heist
Macklemore gets a little help here from Ryan Lewis and Mary Lambert on a hip hop song that can be used in modern weddings. Like many songs from Macklemore this song is built around a strong beat that limits its use to the wedding reception, although some couples have been known to play it before the ceremony as guests are arriving and taking their seats.  This song is also a popular same-sex wedding song.

Wings
Macklemore & Ryan Lewis
2012, The Heist
A wedding day is a time when couples should be able to soar to the stars on the wings of emotion, and this Macklemore wedding song choice can help the newlyweds and wedding guests rise up. The song is versatile, and it has even been used as a soundtrack for cutting the wedding cake.

Neon Cathedral
Macklemore & Ryan Lewis
2012, The Heist
This song from the debut album by Macklemore and Ryan Lewis should not be overlooked as a wedding reception dance song, and it also gets chosen as a song for the pre-wedding guest arrivals. It is a good song to build around if you want to create a theme for your wedding music selections, and many couples have walked into their reception while it plays.

She Keeps Me Warm
Macklemore & Ryan Lewis feat. Mary Lambert
2012, The Heist
On many levels, weddings are all about the bride and how she looks, and it only makes sense to add wedding music that celebrates her. The bold groom might want to try his hand at rapping this just for her during the wedding reception, but dedication will do just as well.

America the brave
Still fears what we don’t know And God loves all his children it’s somehow forgotten
But we paraphrase a book written 3, 500 hundred years ago

Gold
Macklemore & Ryan Lewis feat. Eighty4 Fly
2012, The Heist
Don’t forget those important references to gold on your wedding day, and let your wedding guests know that you are embracing the hope of a prosperous new future together. This is a song that can be used to introduce the newlyweds to the reception guests, and it has all the swagger that the couple should possess.

And we stay fresh, so fresh head to toes
Goldschläger faded, 14 carat plated, so we’re feeling like gold

Thrift Shop
Macklemore & Ryan Lewis feat. Wanz
2012, The Heist
Don’t let the title of this Macklemore hit song fool you when you are considering the rapper’s music for your wedding. This isn’t specifically a love song, but it spent a lot of time in the number one spot on music charts and helped to launch the rapper’s career as a respected songwriter.

I’m gonna pop some tags
Only got twenty dollars in my pocket
I, I, I’m hunting, looking for a come-up

Can’t Hold Us
Macklemore & Ryan Lewis feat. Ray Dalton
2011, The Heist
Many rap and hip hop songs about love revolve around a theme of overcoming obstacles, and that is exactly what this song featuring Ray Dalton references in its lyrics. It’s a Macklemore song that grooms can dedicate to their bride before that first dance is shared.  It can also be played as an introduction song.

This is the moment
Tonight is the night, we’ll fight ’til it’s over
So we put our hands up
Like the ceiling can’t hold us

Love Song
2005, The Language of My World
This hit gave Macklemore the chance to shine on his own without the need for a collaborator, and it can provide a nice dance groove for your wedding reception. Many young couples can relate to the description of true love that Macklemore weaves into the song’s lyrics, and it can help support the theme of love and happiness for the newlyweds.