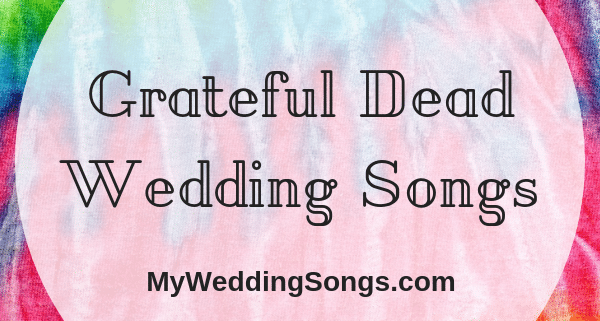 Wedding songs might not be the first thing that springs to mind when you think about the Grateful Dead. Fans of the Dead know differently.

The legendary jam band fronted by Jerry Garcia recorded its fair share of songs that are suitable for many parts of a wedding, from the ceremony to the reception.

It’s time to let your unique personality shine through with these Grateful Dead wedding songs. 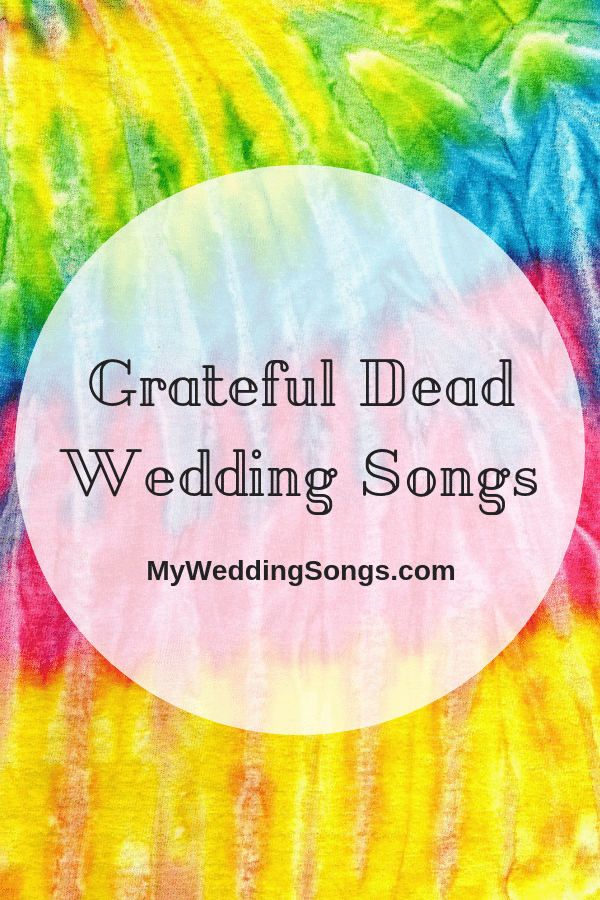 They Love Each Other
1976, Jerry Garcia from the Album Reflections

Few songs sum up the simplicity of love better than this one from Dick’s Picks Volume Six. It was released in 1996 but is actually an older Garcia composition. The song speaks of how love tends to bring out the best in us. Others can usually spot when we have found that special someone, sometimes before we even realize it ourselves. Can you see forever in your partner’s eyes?

This song would be great for a first dance at the wedding reception. Like all Dead tunes, it inspires everyone to join in the good vibes of love and peace. “You know he chose this place beside her” is a line that is sure to start the waterworks. Let everyone know that what you have found is true love and devotion.

If I Had The World To Give
1978, Shakedown Street

Doesn’t finding a soulmate make us want to give them the world? Love is at its best when only our longing to do that is good enough. The right person loves us as we are. This Grateful Dead song is one that celebrates a lover’s acceptance of their partner, flaws, and all. Released in 1978, the song resonates with that classic Dead vibe.

It doesn’t matter if you’ve “got no star to spare.” This song reminds you to give all you can. Your partner will find the lyrics spot on for a day when the two of you are vowing to give one another forever. This is a song that you want to play or even sing for your new spouse at the reception. Don’t be afraid to express yourself in this way. You might not be able to give the world but you can give this song.

The Stranger (Two Souls in Communion)
2004, Rockin’ the Rhein with the Grateful Dead

Two souls in communion, both body and mind
Is it special magic or just the nature of things?
Conceived of great spirit, not for beggars but kings

A soulmate is a word that might be used too frequently, but it truly does sum up what a perfect partnership is like. “Two Souls In Communion” is all about a man and a woman becoming one. When you find the right person, it’s like finding half of yourself that has been missing. This song has a haunting quality that taps into the melancholy that all weddings possess in some measure.

This song is also called “The Stranger” on the album release. It can make a perfect song to precede the traditional wedding march. It reflects the divine purpose of the day. You are putting your soul in communion with your partner. Two hearts will forever beat with the same ebb and flow.

Honey, I’ll never leave you lonely
I’ll give my love to you only, to you only

In this poignant song Jerry Garcia sings, “I wanna be right here where you are until my dying day.” Many Grateful Dead fans have chosen to use this song during the actual wedding ceremony. Garcia loved to perform this song in concert, often stretching out the tune to thirteen minutes or more. It won’t take that long for the beautiful lyrics of the tune to find their mark on your wedding day.

“Shining Star” expresses to your partner how important they are to your life. You are telling them that they occupy the center of your universe. Today is the day you will begin to build a world around your shining star. It makes a great song for a groom to share, so don’t be afraid to drops hints that you’d like him to pick this one.

Standing On The Moon
1989, Built to Last

If you really want to let your partner know what life would be like without them, “Standing On The Moon” is a great choice. The song speaks of what it is like to be alone in the world without someone to share life with. It reaffirms how important it is for us to be connected to someone in this world. Without a connection to our spouse, family, and friends, life is like the great void of space.

This song from 1989’s Built to Last is something that you would want to reserve for the wedding reception. It has a bit of a quirky side to it that will inspire some humor. As you listen to it while dancing with your partner, embrace gratitude that loneliness is at an end. Don’t forget to laugh and twirl while you dance to it.

This is a song for hardcore Grateful Dead fans. It was played only once by the Dead, but Garcia is known to have included it on many of his solo setlists. Not a Dead composition, “How Sweet It Is” is a staple of many weddings. Add this song to the ceremony itself and you’ll put a smile on every face. It has just enough lighthearted appeal to provide a nice balance to the solemnity of the ceremony. The real appeal of this song is that using it in tandem with some other Dead tunes at your reception will mark you as a devoted fan.

Few things are sweeter than love. It is even sweeter when the person you have found is about to become your forever partner. This song has the feel-good vibe that the Dead were known for. Let it carry you away to a place where nothing can intrude upon the happiness of your day.

Some might tell you that the Grateful Dead is not an appropriate choice for wedding songs. They are actually a perfect choice if you are someone that gets high on living. This world can be a brutal place at times, and the Dead reminds us to embrace all that is good while we revel in the glories of love.