Skip to content
Home > Music Artists > 11 Van Morrison Love Songs For Weddings + Lyric Quotes
My Wedding Songs is a reader-supported website. As an Amazon Associate, we earn revenue from qualifying purchases. Purchases made through links on this page may earn us a commission but also support the artists.

Even though Van Morrison was not born in America, Ireland, he had made his way into the hearts of many American music fans.

Morrison has been recording music since 1963 with his latest release in 2015 titled Duets: Re-working the Catalogue.

His style of music includes Celtic, jazz, rock, blues, folk, country and so much more. A discography that encompasses many great Van Morrison wedding songs. 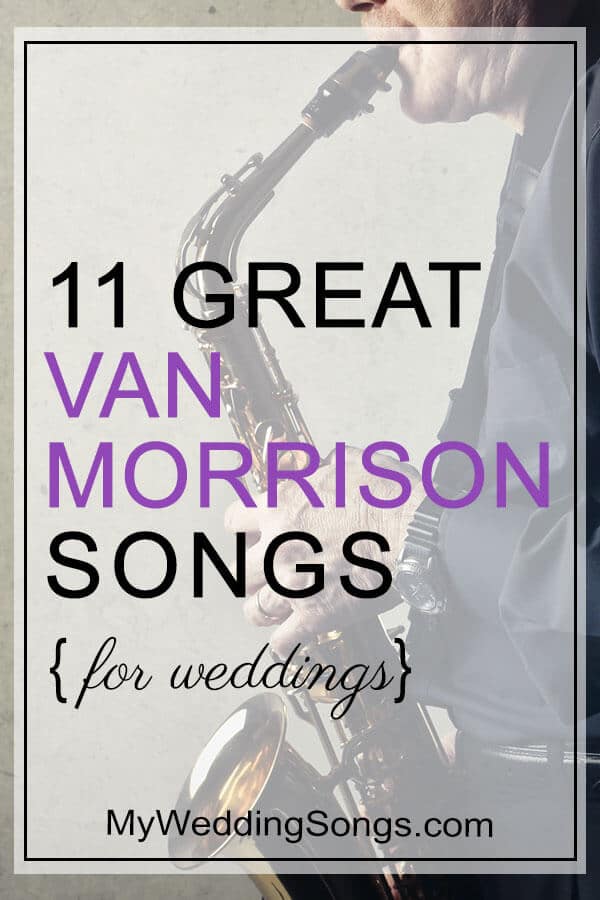 In addition, he was Knighted in Northern Ireland in 2016 for his musical accomplishments and charitable causes.

Van Morrison has produced countless songs over the years in many different styles. His music could be included in many wedding themes. We have sorted through his discography and selected our favorites perfect for weddings.

“I like a new song to sing, another show or somewhere entirely different to be, But baby you make me feel so free”

Into The Mystic
1970, Moondance

“Just like way back in the days of old, And together we will flow into the mystic”

“I’ve been searching a long time, For someone exactly like you, I’ve been traveling all around the world, Waiting for you to come through”

Have I Told You Lately
1989, Avalon Sunset

“There’s a love that’s divine, And it’s yours and it’s mine, Like the sun at the end of the day, We should give thanks and pray to the One”

“She’s an angel of the first degree, She’s as sweet as Tupelo honey, Just like honey from the bee”

“And straight into my arms you will run, And when you come to my heart will be waiting, To make sure that you’re never alone”

“And then we danced the night away, And turning to each other, say, ‘I love you, I love you’, The way that young lovers do”

Brown Eyed Girl
1967, Blowin’ Your Mind!
The lyrics may not be the most notable for a wedding. However, the song will fill the dance floor with people dancing…