Skip to content
Home > Music Artists > Top 8 Jennifer Lopez Love & Party Songs for Your Wedding
My Wedding Songs is a reader-supported website. As an Amazon Associate, we earn revenue from qualifying purchases. Purchases made through links on this page may earn us a commission but also support the artists.

With a career that has spanned over two decades, Jennifer Lopez has released some amazing love songs perfect for weddings. She’s also got some great party songs to keep the party going all night long! Here are our top picks for Jennifer Lopez songs to play at your wedding. 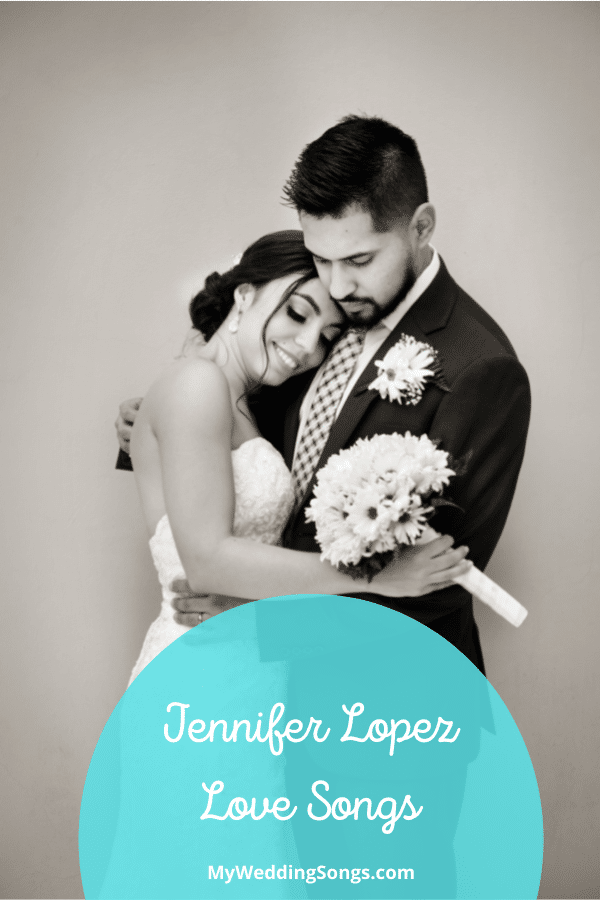 Jennifer Lopez is a multitalented artist who has achieved success in music, film, and television. She got her start as a dancer on the TV series In Living Color before launching her music career in 1999 with the release of her debut album On the 6. Lopez is widely considered to be a pop icon, and her albums have sold over 80 million copies worldwide.

She is also largely credited with popularizing Latino Pop in American music. In addition to her music career, Lopez has starred in several blockbuster films, including Selena, Monster-in-Law, and Anaconda. She also executive produced and starred in the hit NBC series Shades of Blue.

If you’re looking for love songs to play at your wedding, Jennifer Lopez has plenty of great options to choose from. Here are a few of our favorites:

And every heartbreak was a yellow brick road
Pointing me straight, just taking me home
I was never lost, I was just passing through
I was on my way to you

Released on November 2021 as part of the soundtrack for the movie, “Marry Me,” which starred Lopez and Owen Wilson, the song is a ballad about finding your way to your soulmate. The song is incredibly romantic, and its lyrics will have you dreaming of your wedding day. Critics lauded the song, calling it “Lopez’s most gripping song” ever.

Marry Me is a song by Lopez and Colombian singer, Maluma. It was the third single to come from the soundtrack of the movie, “Marry Me,” which starred both Lopez and Maluma. The song is a passionate ballad about love and commitment, and its lyrics will sweep you off your feet.

This ballad is about two people who are meant to be together, no matter what life throws their way. It’s a beautiful song about commitment and love, and it will tug at your heartstrings. Jennifer Lopez delivers an amazing vocal performance on this track. Lopez explained that the song speaks of having faith in something, and believing that it will happen for you. The song comes from Lopez’s A.K.A. album in 2014. “The things I went through come out here [on the album],” Lopez said. “It’s a stronger Jennifer. A Jennifer that still believes in love but she’s more grown now.”

No me Ames, no me beses (Don’t love me, don’t kiss me)
Que va ser de mi vida sin ti (What will become of my life without you?)
Yo sigo pensando en ti (I’m still thinking about you)

This ballad is a duet between Lopez and her ex-husband, Marc Anthony. The song was originally recorded in Spanish, and its lyrics are about a couple who is breaking up. The song is sad but beautiful, and it’s a perfect song to play at a wedding reception as guests are leaving.

If you’re looking for party songs to keep your wedding reception going all night long, Lopez has plenty of hits to choose from. Here are a few of our favorites:

Let’s Get Loud is one of Lopez’s very first hits that comes from her On The 6 album. It is even considered the quintessential Lopez song. The song is a high-energy anthem about letting loose and having a good time. It’s the perfect song to get your guests up and dancing. Lopez delivers an energetic performance on this track, and it’s sure to get your party started.

Waiting For Tonight is another one of Lopez’s early hits. It was released in 1999 as the lead single from her album, On The 6. The song is an upbeat dance track about looking forward to a night out. It’s the perfect song to get your guests up and dancing, and it’s sure to have everyone on the floor all night long.

Don’t stop, keep it movin’
Put your drinks up
Pick your body up and drop it on the floor
Let the rhythm change your world on the floor

On the floor is a dance track that was released in 2011 as the lead single from Lopez’s album, Love?. The song was co-written by RedOne, and it became an instant hit. The song is a high-energy anthem about getting down and dirty on the dance floor. It’s the perfect song to get your guests up and moving, and it’s sure to get the party started. Lopez delivers an amazing vocal performance on this track, and it’s sure to get everyone on their feet.

Love Don’t Cost A Thing is a pop ballad that was released in 2003 as the lead single from Lopez’s album, This Is Me… Then. The song is about being in love with someone who doesn’t have a lot of money. Lopez delivers an amazing vocal performance on this track, and it’s sure to tug at your heartstrings. The song became a massive hit, and it’s still one of Lopez’s most beloved songs.

If you’re looking for Jennifer Lopez wedding songs (or party songs), these are some of our favorites. Lopez has a vast repertoire of hits to choose from, and she has something for everyone. So, if you’re looking to add a little bit of Jennifer Lopez flavor to your wedding or party, be sure to check out her music!

Do you have a favorite JLo love song? Please share your song below and why it is special to you.