Skip to content
Home > Music Artists > Top 11 Randy Travis Love Songs for Your Wedding
My Wedding Songs is a reader-supported website. As an Amazon Associate, we earn revenue from qualifying purchases. Purchases made through links on this page may earn us a commission but also support the artists.

Randy Travis is a Country music icon. He has released 20+ studio albums, compilations, and live albums. Randy released his first studio album Storms of Life in 1986.

Through the years, many of Randy’s songs have touched the hearts of many. Here is a list of our favorite Randy Travis love songs to play at your wedding. 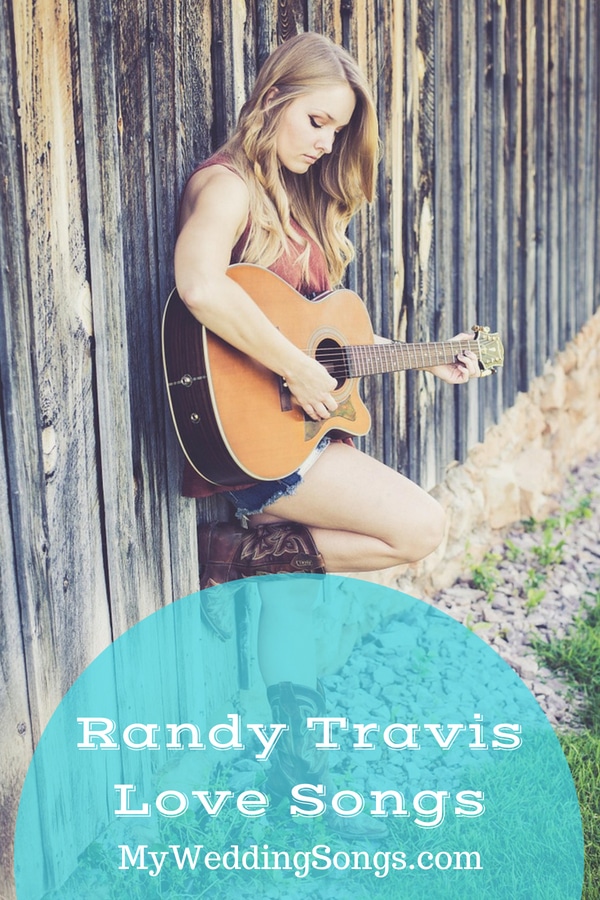 Look Heart, No Hands
1992, Greatest Hits, Volume 2
Randy compares the process of falling in love with riding a bicycle.

No chains, no strings, no fences, no walls
No net, just you to catch me when I fall
Look heart, no hands

Forever Together
1991, High Lonesome
Another perfect wedding song for Country music fans. It can be played in most wedding events like the first dance, recessional and cake cutting.

Forever And Ever, Amen
1987, Always & Forever
Randy’s #1 wedding song of all time. It can be played to accent any event at a wedding including the first dance and recessional song.

On The Other Hand
1986, Storms of Life
Well, the song makes for an interesting moment and could play out as a skit at a wedding reception. The song talks about how he would have a lover, but on the other hand – the one with the wedding ring, he must go to be with his wife.

In your arms I feel the passion, I thought had died
When I looked into your eyes I found myself
When I first kissed your lips I felt so alive

I Told You So
1987, Always & Forever
Performed with the American Idol winner Carrie Underwood.

Would you tell me that you’ve missed me too and that you’ve been so lonely
And you’ve waited for the day that I returned
And we’d live and love forever, and that I’m your one and only

Hard Rock Bottom Of Your Heart
1989, No Holdin’ Back
A song about asking for a second chance.

Diggin’ Up Bones
1986, Storms of Life
A story about a man digging up old memories after his lover has passed.

Spirit Of A Boy, Wisdom Of A Man
1998, You and You Alone
Tells a story of a struggle a man has of being a free spirit or living up to his obligations.

If you have a favorite Randy Travis love song or another song that should be played at weddings, be sure to comment on the song below.