Skip to content
Home > Music Artists > Top 10 The Piano Guys Wedding Songs Classical & Pop Mix
My Wedding Songs is a reader-supported website. As an Amazon Associate, we earn revenue from qualifying purchases. Purchases made through links on this page may earn us a commission but also support the artists.

Every once in a while, a music group just blows us away. The Piano Guys do just that – blow us away with their musical talent. We always preach the best wedding music is the music that everyone knows.

Well, at more than 4 million YouTube followers and tens of millions of video views, so many have already heard of them. Most of the music encompasses a piano and a cello. 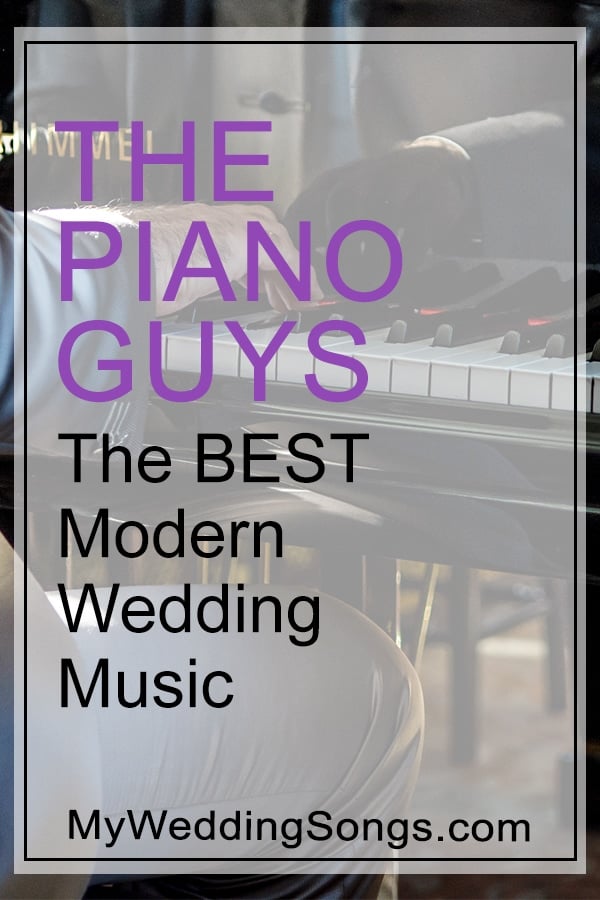 The Piano Guys cover many popular songs that are already on many music song lists. Below is a list of 5 popular Piano Guys’ songs that would be perfect for weddings. Yes, Cake Cutting Song, Processional Song, Recessional Song, and so much more are not even listed.

What Makes You Beautiful (One Direction cover)
July 18, 2012

Other related song lists to check out: