?27 Best Early Songs – Songs With Early In The Title

June 2 is a special day for all employees. The day is designated as Leave the Office Early Day. We celebrate the day with a list of the Top 10 Early songs. Each song listed has the word early in the song title. The day is a great way for employers to improve company morale, productivity, and camaraderie. 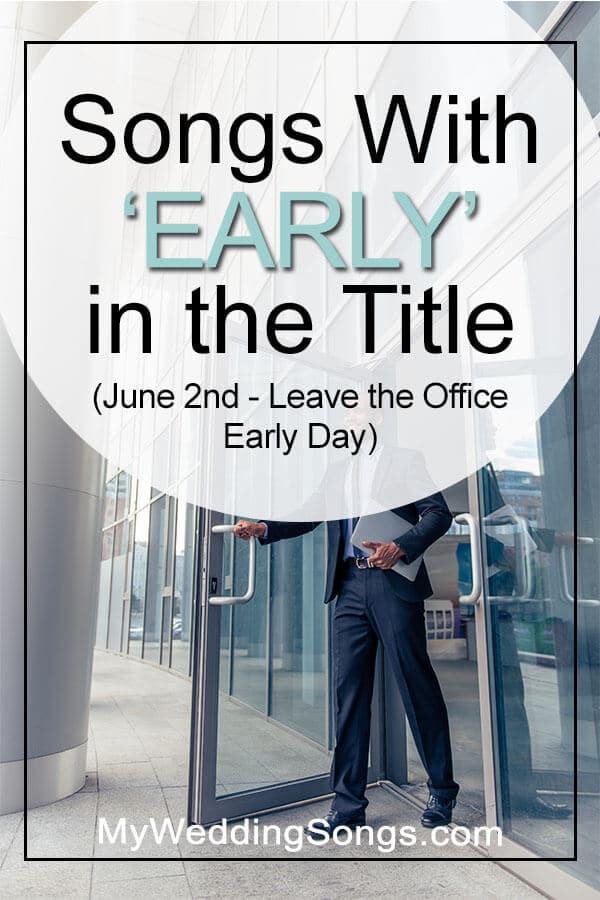 Who doesn’t want to leave work early? Those who love their job and don’t see it as a job. However, as the saying goes, “All work and no play makes Johnny a dull boy.” So, take some time off, leave early, and play one of our early songs on the way home.

Early In The Morning – The Barefoot Movement
2020, Rise & Fly

Early in the Morning – The Gap Band
Released in 1982
On Album Gap Band IV
Genre: Funk
The song was the highest-charting single on the Billboard Hot 100 by the Gap Band and reached number Twenty-four.

So Early, Early In the Spring – Judy Collins
1977, So Early in the Spring

Early in the Morning – Vanity Fare
Released in 1969
Released as a single
Genre: Pop

Do you have a song with early in the title not on our list?  Please share the song below so that we can add it!