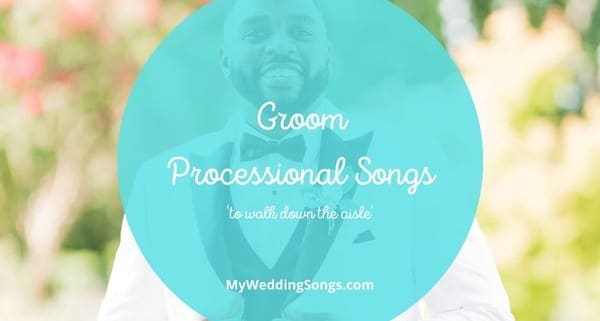 One of the main focal points of a wedding reception is when the bride walks down the aisle. However, your partner is getting married, too!

The groom should have his own song playing when he walks down the aisle, don’t you think? Well, we agree. 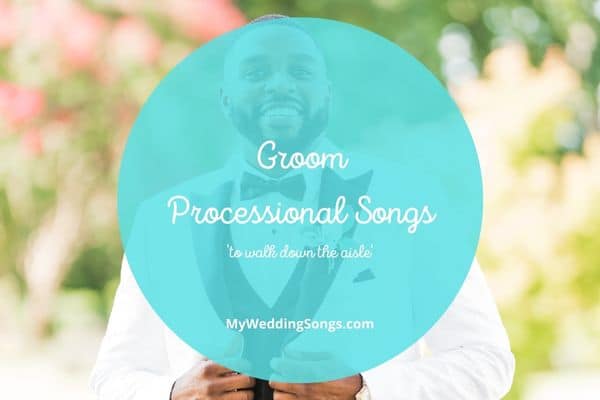 Groom processional songs are an important part of the ceremony for the wedding couple to discuss.

We’ve talked to grooms through social groups and analyzed hundreds of wedding DJs’ playlists across the U.S. that provide ceremony music.

We selected a list just for you of the most popular and unique groom processional songs for walking down the aisle.

Every couple’s music tastes are different.

Thus, we selected groom processional songs that include many different genres and themes.

Enjoy our list of processional songs for grooms walking down the aisle. While offering a wide range of music styles, if you do not find a song you like, play one that describes your ceremony location, theme, or has deep meaning.

Is it the look in your eyes or is it this dancing juice?
Who cares, baby, I think I wanna marry you

I won’t stop getting butterflies, I
Get ’em every time
I look into your eyes

That missing piece is found
You know when you’re by my side, darling
Nothing can bring us down

Tip: If you are a bride, check out our list of bride processional songs for walking down the aisle.

I’ll kiss
Nobody else’s lips
My command is your every wish
You can believe, for sure
I’ll be nobody’s man but yours

Look at Me Now – Matt Stell

Shower you with all my attention
Yeah, these are my only intentions

On My Way to You – Cody Johnson

As the wedding starts, select your prelude songs – the songs playing as guests take their seats.

I’m scared to death that she might be it
That the love is real, that the shoe might fit
She might just be my everything and beyond (beyond)

Stand By Me – Florence + The Machine

Better Together – Us The Duo

It’s not always easy and
Sometimes life can be deceiving
I’ll tell you one thing, it’s always better when we’re together

After you say your I Do’s, plan your recessional song – the song playing as you leave the ceremony.

If you want to have a unity ceremony to signify two becoming one, you can have a unity song to highlight the moment.

Grow Old With You – Ortopilot

When I Say I Do – Matthew West

Your wedding party can have their own song too! Select a bridesmaids song and a groomsmen song to walk down the aisle to.

Nothing Else Matters (Instrumental Version) – Apocalyptica

Men In Black – Will Smith

If you have a favorite we should add to the list, be sure to comment down below so we can add it.

When does the groom walk down the aisle?

You may not have the groom walk down the aisle at all. If it is a same-sex or gender-fluid ceremony, the wedding couple may walk at the same time or escort their parents one after the other.

A song will take up a bit more time as it adds to the length of the overall wedding service. If it is a coordinated dance routine, don’t let that be a surprise to your wedding planner or DJ. If you have live musicians perform, be sure to get a recording ahead of time so you can practice before the rehearsal dinner. The rehearsal dinner is a run-through, not practice.

How should the groom walk down the aisle?

Depending upon your religious and cultural traditions, the groom has some choices. From the subdued to the extravagant, the wedding processional is up to you and your preferences.

If your wedding is non-religious or secular, you can always be inspired by other traditions. The groom can have a parade of his groomsmen doing a dance down the aisle, ride in on a horse to the venue and altar (which works especially well for outdoor weddings), reverently walk down with his mother, or walk in from the side with the officiant.

Does the groom need processional music?

Does the groom need processional music? That answer is up to the wedding couple. Groom processionals are fun to have his and her songs. For same-sex couples, where they do not have traditional roles, it gives equality to the ceremony. For feminists, it not only highlights equality but allows the groom to have a voice.

The processional song for the groom shouldn’t be too different from the bridal processional song. It would be odd at best if the groom walked down the aisle to Back in Black by AC/DC and the bride walked down the aisle to Johann Pachelbel’s Canon in D Major. This is why having a conversation early on with your professional DJ is important. The timing of the song is also important. If the aisle is long, then the songs can be longer. If the aisle is relatively short, there could be a lot of awkward standing.

With a processional song, the groom will have the spotlight as he makes his way down the aisle. Match the groom’s personality with songs for rockers, folksters, cowboys, and wedding lovers. When choosing processional songs, keep in mind that venues may have restrictions on music, such as a Catholic Church. Many outdoor venues like parks require city permits for amplified sound. 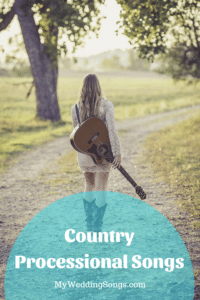 15 Country Processional Songs To Walk Down The Aisle To 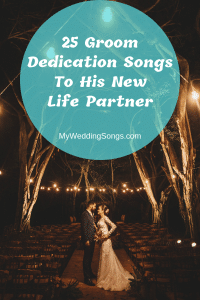 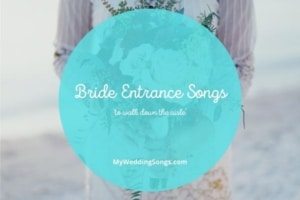 Top 100 Bride Entrance Songs To Walk Down The Aisle 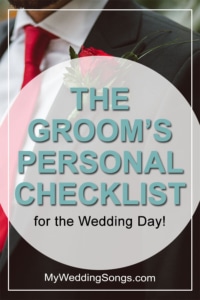 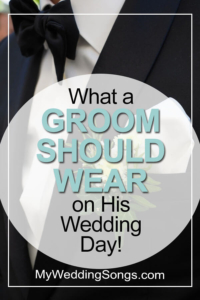 What A Groom Should Wear On His Wedding Day