Skip to content
Home > Love Songs > Boy Band Love Songs For A Wedding Cocktail Hour
My Wedding Songs is a reader-supported website. As an Amazon Associate, we earn revenue from qualifying purchases. Purchases made through links on this page may earn us a commission but also support the artists.

The boy band really came on the scene in the 1960s and still continues today.

Boy bands consist of young men, usually in their teens, singing to young women and girls.

They typically cannot play instruments but can sing, dance, and act. 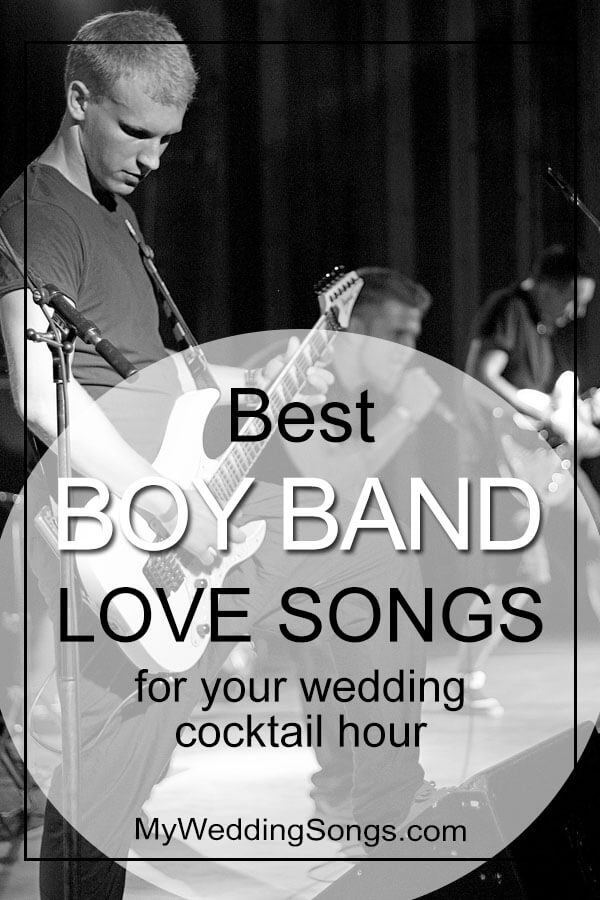 No, we would not suggest a wedding reception full of boy band songs. However, they do offer great love songs over the year.

Sorry, the Monkees, the Jackson 5, Menudo, New Edition, NKOTB, and Boyz II Men as you are a bit before who we want to focus on our list. One Direction, sorry, you are a bit too late.

We don’t want to start with a list of Boy Bands in this era and ruin the surprise.

So, without further ado…

What Makes You Beautiful – One Direction
2011, Up All Night

I Want It That Way – Backstreet Boys
1999, Millennium

I Knew I Loved You – Savage Garden
1999, Affirmation

Can You Stand The Rain – New Edition
1988, Heart Break

Listen to our Boy Band love songs playlist on Spotify.

Now that you have your fill of boy band songs, what about the girls?