Skip to content
Home > Love Songs > Top 25 Disney Love Songs for Weddings
My Wedding Songs is a reader-supported website. As an Amazon Associate, we earn revenue from qualifying purchases. Purchases made through links on this page may earn us a commission but also support the artists.

Disney movies are known for their family-friendly nature. Many Disney movies have made their way into pop culture and into weddings in particular.

Enjoy our list of favorite Disney love songs to bring romance to your wedding. 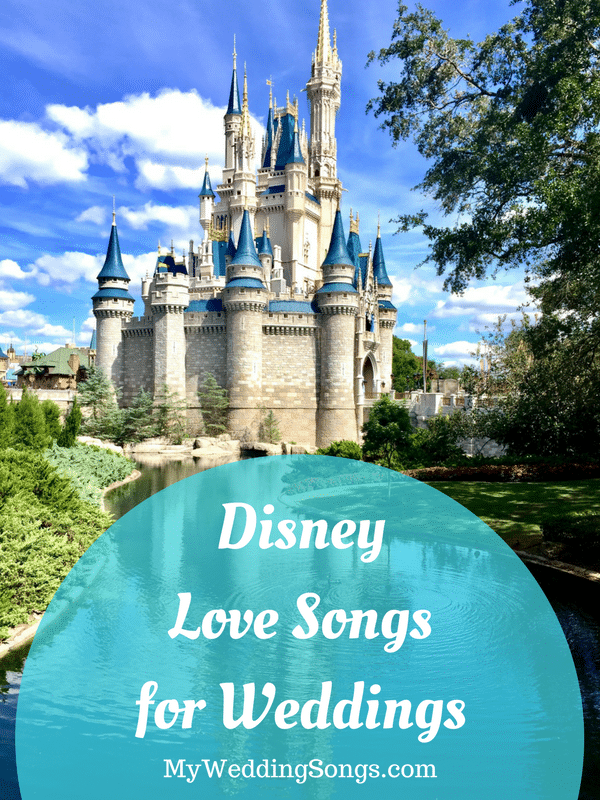 But with you
I found my place

You are the best thing I never knew I needed
So now it’s so clear, I need you here always

Love is beautiful, love is wonderful
Love is everything

Don’t be afraid, afraid to fall
You know I’ll catch you through it all

And now you’re beside me
And look how far we’ve come
So far we are, so close

It feels so right to be here with you
And now, looking in your eyes
I feel in my heart the start of something new

A thrilling chase
A wondrous place
For you and me

Someday we’ll find it, the rainbow connection
The lovers, the dreamers and me

The night will weave its magic spell,
When the one you love is near

Love is a song that never ends
One simple theme repeating

When You Wish Upon A Star – Louis Armstrong
Disney movie: Pinocchio (Originally by Cliff Edwards in 1940)
Notable Lyrics:

If you have a favorite Disney love song on our list, please comment below so we can add it.

If you are looking for instrumental versions of the songs, take a listen to this album: