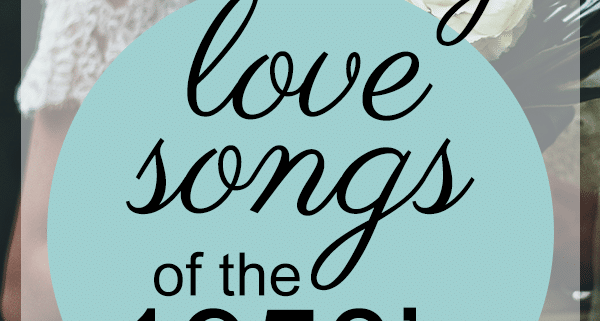 Love songs are what fill dance floors. They bring back memories and invoke a true feeling of love from within. Typically, couples will always dance to slow songs at wedding receptions. This post is focused on the most popular love songs of the 1950s. We have selected songs that also make fantastic first dance songs for brides and grooms. 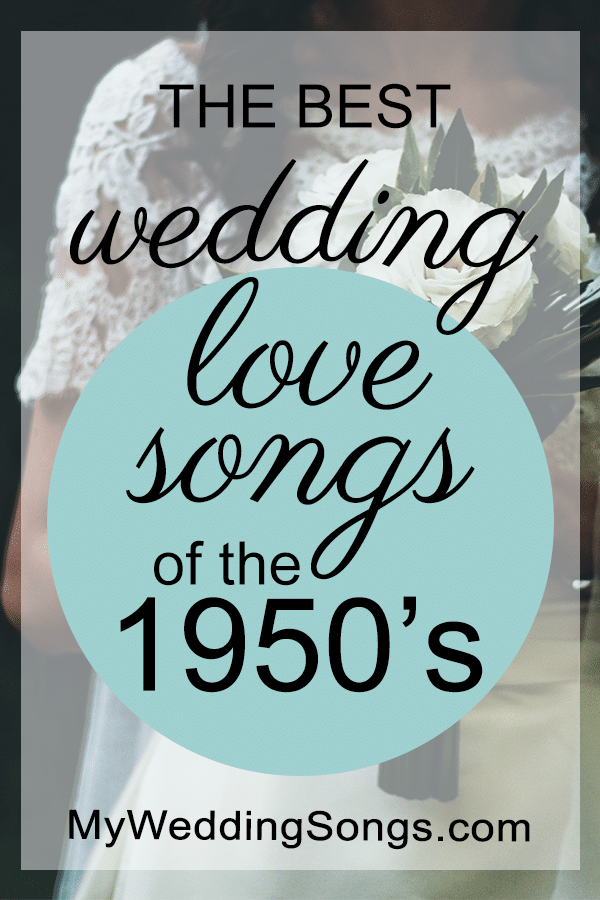 The fifties were the dawn of Rock and Roll.  However, the mainstream included Doo-Wop, Rhythm and Blues, Rockabilly, Country, and many vocalists or Jazz artists.  Billboard nominated Elvis Presley as the artist of the decade of the Fifties.  If you are looking for a complete list of the best wedding songs from the 1950s, please visit our Top 100 Songs of the 1950s.

Earth Angel (Will You Be Mine) – The Penguins
Released in 1954, Doo-Wop

In The Still of The Night – Five Satins
Released in 1956, Doo-Wop

Yes, just to know him
Is to love love love him
And I do

Memories Are Made Of This – Dean Martin
Released in 1956, Pop

Your lips and mine, two sips of wine
Memories are made of this

For Your Precious Love – Jerry Butler & the Impressions
Released in 1958, R&B

And of all the things that I want,
In this whole wide world, is
Just for you to say that you’ll be my girl

Love me tender, love me long
Take me to your heart
For it’s there that I belong
And we’ll never part

This I Swear – The Skyliners
Released in 1959, Doo-Wop

My love for you will last
Till time itself is through
Oh, my darling, oh, my darling
This I swear is true

The Twelfth of Never – Johnny Mathis
Released in 1957, Country

I’ll love you ’til the poets run out of rhyme
Until the Twelfth of Never and that’s a long, long time

A Kiss To Build A Dream On – Louis Armstrong
Released in 1951, Jazz

All The Way – Frank Sinatra
Released in 1951, Jazz

Though it may be rare, you and I do share
This love that has happened to few
For there’s one in a million like you

Listen to our 1950s love songs playlist on Spotify.

Do you have a favorite 50s love song, not on our list? Please share your song below so that we can add it!