You are here: Home1 / Ceremony & Reception2 / Get Ready Songs List – Songs With Get Ready In The Title

Get Ready Songs – Songs With Get Ready In The Title

People are always getting ready for something whether it be as referencing getting dressed in clothes and make-up or watch out because here it comes! We wanted to create a list, instead of a single word, that represents a phrase. Just to get people pumped up and ready to go accomplish a fear or start something. 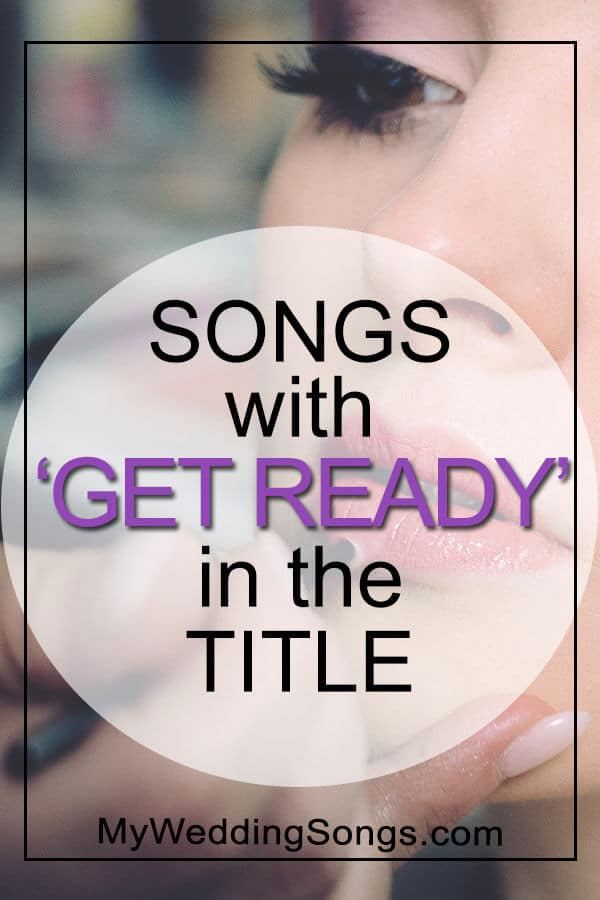 Get ready as we create a sense of getting ready songs. Each song has the phrase get ready in the song title. No matter what you are preparing for in life, you can play one of our get ready songs. Many music styles are represented such as soul, rock, hip hop, and reggae.

Get Ready For This – 2 Unlimited
1991, Get Ready!
Dance
We made this song #1 in our “get ready” song list as it is a true classic as an entrance introduction song. This can include any public announcements introducing people to guests in a flashy manner. Grand entrances take place at weddings, sporting events, conferences, and much more. Who wouldn’t want to be introduced like a rock star?

Other Top Get Ready Songs

Getting Ready to Get Down – Josh Ritter
2015, Sermon on the Rocks

We know it is not a song. However, we cannot fail to mention Michael Buffer’s announcement at sporting competitions “Let’s Get Ready to Rumble”. It is a timeless classic statement that will live on forever.

Do you have a favorite song with “get ready” in the title not on our list?  Please share the song below so that we can add it!