This is the Best 1990s Music for Weddings to get people on the dance floor! Out with the Eighties and into the Nineties. The 1990s saw an abundance of different styles of music. Music styles ranged from grunge, techno, rap, bubblegum pop, and more. In the early 1990s we full of carryover of hair band rockers like Guns ‘N’ Roses and Metallica. However, we also saw a new form of rock and roll called grunge rock. Grunge rock, also known as alternative rock was fathered by bands like Nirvana, Pearl Jam and Green Day. 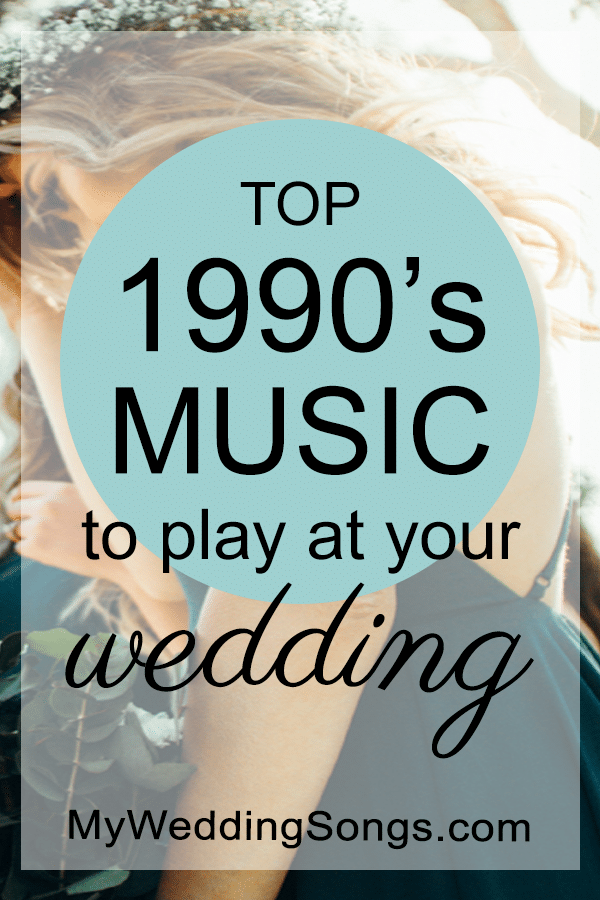 If you think we should have a song on our best 1990s music list, please comment on your song below with the song it should replace.

Hip Hop and Rap music were high on the charts with artists such as MC Hammer and Tone-Loc. Gangsta rap was also popular in teen culture with artists as Dr. Dr and Snoop Doggy Dogg. As gangsta rap and grunge fizzled out, a combination of the two formed – ska. Although it did not catch on, some bands were memorable such as Sublime, The Mighty Mighty Bosstones and Reel Big Fish.

By the end of the decade, we saw the lack of grunge and the emergence of arena rock, also known as modern rock, powered by mega-bands Red Hot Chili Peppers and Creed. The 1990s were filled with mainstream R&B artists. R&B artists included TLC, Boyz II Men, Whitney Houston, and Usher. Pop-Country also was common with artists like Garth Brooks, Faith Hill, and the Chicks.

In the Nineties, we once again found ourselves in war with what we later called Operation Desert Storm. We also had “war” in our own backyard with the LA Riots after the Rodney King verdict, World Trade Center bombing, Oklahoma City bombing and the Waco, TX cult compound raid. One of the biggest technological releases took place in the early 1990s that transformed the world – the Internet.

Millions also watched intently and chose sides on the O.J. Simpson murder trial. The Nineties were full of highs and lows. The highs included the rise of Tiger Woods in golf and the movie Titanic becomes the highest selling ever. The lows included the loss of Princess Diana, the killing spree at Columbine High School, and the fear of the Y2K bug.

Listen to our 1990s wedding songs playlist on Spotify.

Do you have a favorite 1990s song, not on our list?  Please share your song below so that we can add it!