20 Best Children Songs – Songs With Children In The Title

Take Your Children To Work Day takes place every year on the fourth Thursday of April. The day actually started in 1992 with taking your daughter to work day by the Ms. Foundation for Women.

Even though boys were not included in the program, many parents brought their sons to work anyway. Sons were not officially added to the special workday until 2003.

Another special day to celebrate our children is on the 1st Saturday of April – Love Our Children Day. 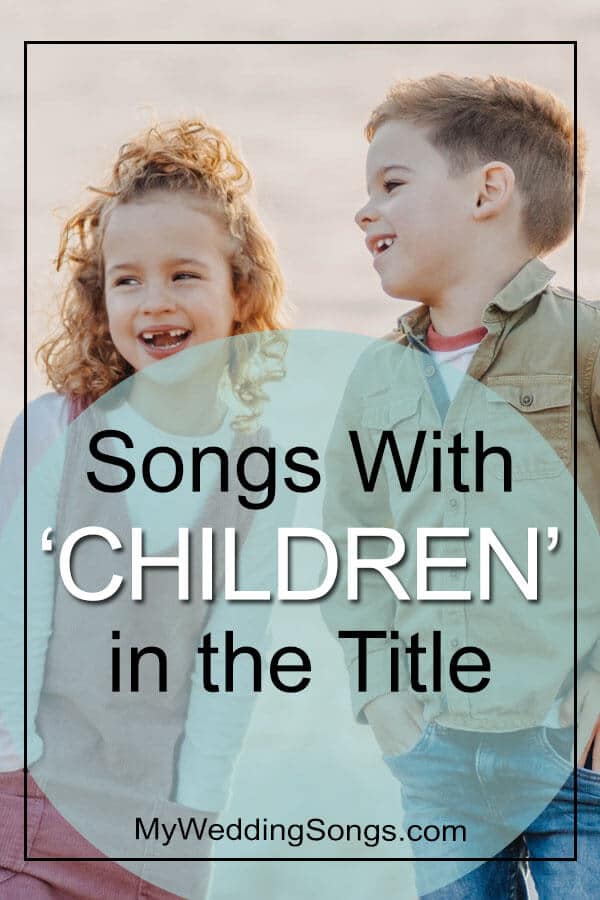 Take Your Children To Work Day really depends upon the participation of the business. Business owners must decide if children meet company guidelines for being in their specific work facilities. The official name of the day is Take Our Daughters And Sons To Work Day.

Check out our list of Top 10 Children songs – songs with the word children in the song title.

Walk Together Children – The Isaacs
2013, The Living Years

Edge Of The World (A Children’s Song) – Mat Kearney
2010 – The song was released as a single
Genre: Rock

When the Children Cry – White Lion
1988 on album Pride
Genre: Rock
The song reached number three on the Billboard Hot 100.

Children Of The Damned – Iron Maiden
1982, The Number of the Beast

Hell Is For Children – Pat Benatar
1980, Crimes Of Passion

Bless The Beasts And Children – Carpenters
1972, A Song For You

Children of the Night – The Stylistics
1972 on album Round 2
Genre: R&B

If you have a children’s song not on our list, be sure to share it below so that we can add it.