The Sangeet is the part of the Indian wedding where you get the party started. Your friends arrange dances to perform for you, the drinks are flowing and music rages on till 1-2 in the morning. (Some Sangets even start at this time!) This is generally the start of the “Big Fat Indian Wedding” and there’s no better way to start it than with these top hits. Indian music and weddings are all about the new while preserving tradition. So, it’s good to have the right balance of music at your sangeet.

If you want to ensure you have the best sangeet songs, look no further and comment on your favorites below! (And yes some of these are from the recent past but they stand the test of time!) Ajay Manaktala, a top Indian Wedding DJ from Special Occasions DJ & Lighting, talks about the top Sangeet songs learned from over 500 Sangeet functions. 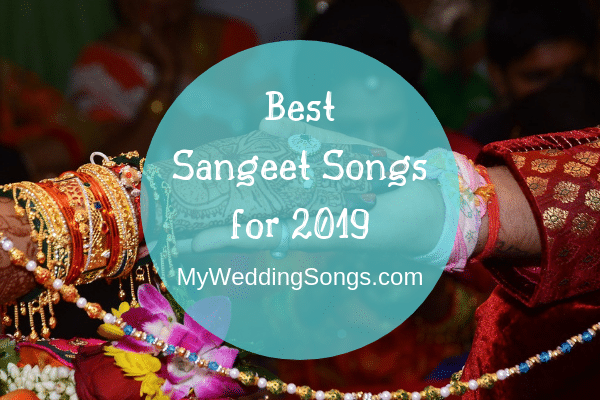 Now Let’s get this party started!

Arguably the hottest song of 2018, being all about Western yet still Indian, the theme of this song loosely translates to: “literally, no matter how good you look in that ballroom dress, I love that ethnic wear you got going on.”

When hip hop meets Indian music with a beat that any guest would shake to you have another major hit. Zach Knight burst onto the scene with this club thumper.

A great song to start the dancing, as it’s a mix of upbeat yet easy going. Songs like this are the best to start getting people warmed up for the next 20-30 higher energy tracks that will come throughout the evening.

This song belongs to every wedding. There’s really no explanation. You generally play it towards the final 4-5 songs to close the evening. From the movie Queen which is all about female empowerment and a woman leaving her house, this track is a massive hit in India and part of every function. Don’t believe us? Watch what happens the moment the crowd recognizes it at every function. Toes start tapping, hands go up in the air and the lip sync battle is on!

Guru Randhawa is having a killer year and along with the song “Suit Suit” above he is pumping out wedding bangers like nobody’s business. For a crowd under 40 any song from this talented artist will guarantee hands up in the air.

Any millennial wedding (bride/groom born roughly after 1983) will know this track, and it’s one of these hipster secret type songs that you’re super excited when the DJ plays it because you thought you were the only one who knew it. And the beat…how can you not dance to this?

Although south Indians traditionally don’t have sangeet functions, the trend is changing. And one of our favorite new South Indian songs (known for their over the top lyrics) includes the words: My hormone-u balance-u damage-u. What’s not to like?

Bollywood is following Hip Hop and Hollywood in the “Retro and Remakes” are the law of the land. Why make a new track from scratch if you can play on nostalgia and redo an old one? The original is actually over 25 years old but the new one has more views. Welcome to the new world order! Make your Indian Wedding Sangeet fresh!

Badshah has become a staple in Punjabi music, and he mixes the billion-dollar hip hop enterprises with Indian music with ease. Anytime you see people flicking “dirt off their shoulders Jay-Z style” you’ll likely hear a Badshah track.

Who else? Taking 3 of the top 10 songs is still this classic with over 600M views from Guru again. Don’t believe us? Read the comments! Best Indian wedding song! Check. Kind of Punjabi music? Check! Best Sangeet song? Checkmate!

So what did you think? What songs would you add or remove to this list if you were thinking about the Best Sangeet Songs?