The Best 1960s Music for Weddings to get people on the dance floor! As the 1960s began, we found R&B, Soul, DooWop, and instrumental beach music styles. The Best 1960s Music was prominent with musical artists from England coming to the USA, also known as the British Invasion. Popular British music groups included the Beatles, the Byrds, and the Turtles.

Another noted creation during the 60s was the Motown record label in Detroit by legend Berry Gordy Jr. Popular Motown artists included Marvin Gaye, Smokey Robinson, and Stevie Wonder. The Best 60s Music came to a close with a historic music festival, Woodstock. Woodstock had 450,000 attendees for the three-day festival. 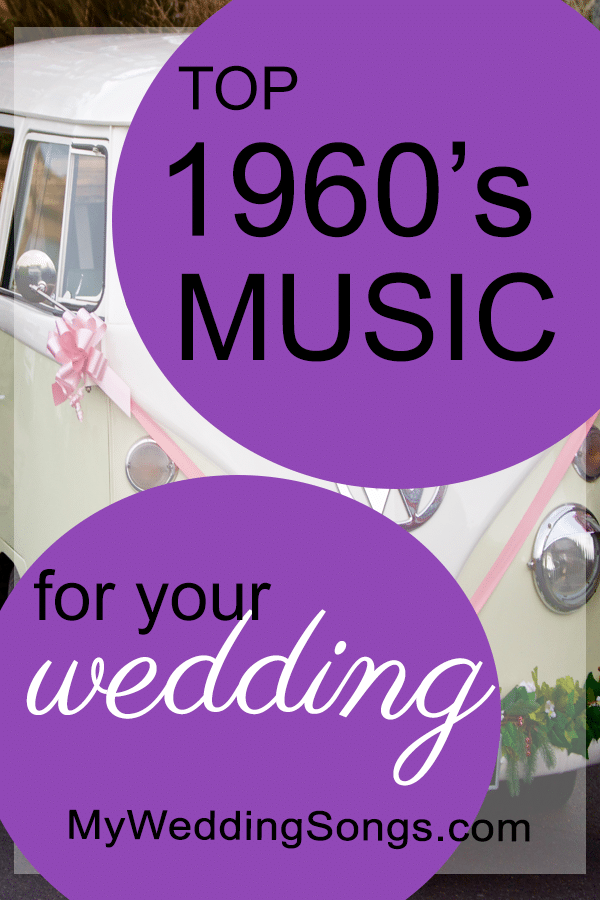 The Best 60s Music was the beginning of a melting pot of different music styles. With the Vietnam War, American bands performed protest songs. Folk artists such as the Mama & the Papas and Simon & Garfunkel were also mainstream. DooWop groups ruled the early 60s such as The Shirelles, Dion & The Belmonts, and the Four Seasons. What we call beach music was popular with teens with artists such as The Beach Boys, Jan & Dean, and The Ventures. Black rights were at the forefront with the assassination of Martin Luther King Jr. This helped the rise of R&B and Soul style music with artists like Aretha Franklin, Otis Redding, and Sam Cooke.

Including the British invasion musical artists, we had a plethora of rock groups like The Rolling Stones, The Who, and Cream. We also had some combinations of music styles like rock and blues with groups such as Janis Joplin and Three Dog Night. Finally, The Beatles are in their own category for the Best 60s Music.

Historical events of the Sixties included the assassination of John F Kennedy and Martin Luther King Jr. – with his “I have a dream” speech, space travel including walking on the moon, and the Vietnam War. Pop culture going-on included Beatlemania with the British Invasion, hippies and their psychedelic music, and the end of racial discrimination. Teen fashion included hot pants, mini skirts, bold colors known as Mod Fashions, and plaids.

Listen to the 1960s wedding songs playlist on Spotify.