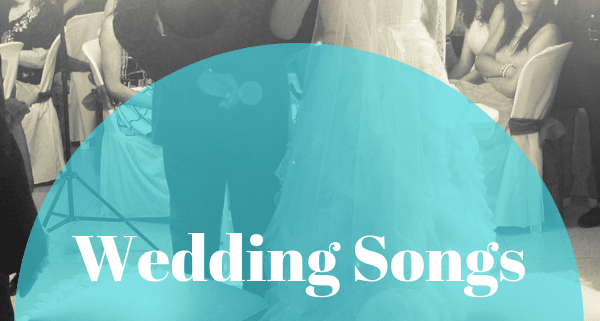 1966 wedding songs feature hits by Percy Sledge, The Temptations, and many other legends of the 60s era. In this list of wedding songs from 1966, you’ll find love ballads for every part of your wedding day festivities. 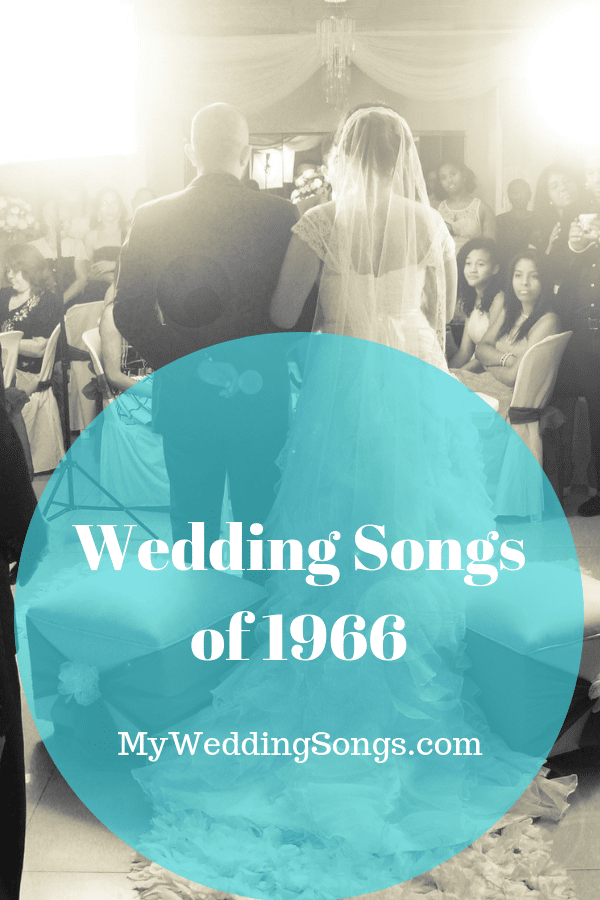 (You’re My) Soul and Inspiration – The Righteous Brothers
February 1966, Soul and Inspiration
Few musical partnerships were stronger than that formed by The Righteous Brothers, and Bill Medley and Bobby Hatfield soared to the top of the charts with this song in 1966. It became a concert favorite and also one of the most popular wedding song choices that can be used in many different ways.

Good Lovin’ – The Young Rascals
February 1966, The Young Rascals
Dance tunes was a trademark of The Young Rascals, and this song has been included on many wedding reception playlists. It has an appeal to couples of all ages, and it will give both young and old wedding guests something to share on the dance floor.

Now gimme that good, good lovin’
(Good love) All I need is love

He’d give up all his comforts
And sleep out in the rain
If she said that’s the way, it ought to be

Cherish – The Association
August 1966, And Then… Along Comes the Association
Iconic is one word that describes this 1966 hit by The Association, a song that embraces themes of gratitude and devotion between couples. It will work best at your wedding as the song for the first dance with your new spouse, but it can also be used for the cutting of the wedding cake.

Beauty Is Only Skin Deep – The Temptations
August 1966, Away We a Go-Go
David Ruffin of The Temptations takes the lead on this song about true love, the kind of love that goes beyond physical beauty to touch the soul. The song is a good reminder that the beauty inside is what matters most, so play it before the wedding as your guests are being seated.

I’m a Believer – The Monkees
November 1966, More of the Monkees
The Monkees can add a touch of fun to your wedding reception when you play this hit from one of the original boy bands of the 1960s. It is an upbeat tune that everyone remembers, and it even has an instrumental that inspired a unique dance move that your wedding guests will recall.

I’m in love, I’m a believer
I couldn’t leave her if I tried

With a Girl Like You – The Troggs
July 1966, With a Girl Like You
Music by The Troggs can be a little on the harder side when it comes to 1966 wedding song choices, but this one is often chosen as a special dedication from the groom to the bride. Use it for the lighter moments of a wedding celebration such as the send-off at the end of the party.

Girl, why should it be that you don’t notice me?
Can I dance with you?

Loving You Is Sweeter Than Ever – The Four Tops
1966, On Top
Smooth harmonies and lyrics of love are what defined the soulful music of The Four Tops, and you’ll want to include this song as a reminder that you have embarked upon a lifetime of commitment with your new spouse. Many couples like to have it played after the happy couple has been joined at the altar.

I said, I built my world around you
I’m so thankful that I found you

The day has died away, let’s find a hideaway
And share the promise of a new tomorrow

Try, try a little tenderness, yeah
Watch her groove
You got to know what to do

Love Letters – Elvis Presley
June 1966, Paradise, Hawaiian Style Soundtrack
The career of Elvis Presley was embarking upon a new phase in 1966 as the King of Rock and Roll began to reinvent himself through a Las Vegas residency. There are still many fans of Elvis today who want to include his music in their wedding, and this would be one of the better choices.

I kiss the name that you sign
And darling, then, I read again right from the start, ooh, yes
Love letters straight all the way from your heart

Happy To Be With You – Johnny Cash
October 1966, Happiness Is You
The Man in Black Johnny Cash knew a thing or two about lasting love, and perhaps this song was inspired by his own partner June Carter. It can serve as a modern-day dedication to the blushing bride when added to the DJs wedding reception choices.

Get Ready – The Temptations
February 1966, Gettin’ Ready
1966 was another strong year for The Temptations with hits like this one, an upbeat dance number that features the smooth tenor of Eddie Kendricks. Playing music from this legendary Motown group during a wedding reception is sure to bring smiles and joy to all involved.

I’m gonna try to make you love me too
So get ready, so get ready ’cause here I come

Got to Get You Into My Life – The Beatles
August 1966, Revolver
The Beatles were still riding the wave of the British Invasion when they released this song in 1966, one of the most poignant selections from their large collection of hits. The song is used by modern couples as a part of the wedding processional, usually being played as the wedding party makes an entrance.

Oh, you were meant to be near me
Oh, I really want for you to hear me
Say we’ll be together every day

I’m Ready For Love – Martha and the Vandellas
October 1966,
Martha and the Vandellas are always great choices when it comes to dance music, and this one will spice up your own party with a great beat and meaningful lyrics. Play it at a time during your own reception when everyone needs a chance to get up on their feet and move.

It Takes Two – Marvin Gaye and Kim Weston
December 1966, Take Two
The entire point of this song is the importance of finding a lifelong partner, and Marvin Gaye along with Kim Weston made the tune a big hit in 1966. This is a song that should spotlight you and your partner, so set it aside for a special wedding reception dance.

Warm & Tender Love – Percy Sledge
1966, Warm & Tender Soul
The legendary Percy Sledge made an entire career of amazing love ballads like this one, and its modern feel is still relevant for newlyweds today. It is a very nice song to end the night as you and your spouse head off to your honeymoon together.

For I loved you for a long, long time
Darling please say you’ll be mine

Celebrating weddings of 1966. Where were you and what was happening?

Congratulations on your wedding of 1966. You share your anniversary with the following events.

Learn more about 1966 on Wikipedia. Thank you for visiting our page – weddings of 1966.