41 Best Magic Songs – Songs With Magic In The Title

Magic Day is celebrated annually on October 31. What better way to celebrate the day than a top 10 list of Magic songs. All songs listed actually have the word magic in the song title.

That is why we are leaving off the famous song “Abracadabra” by Steve Miller Band. 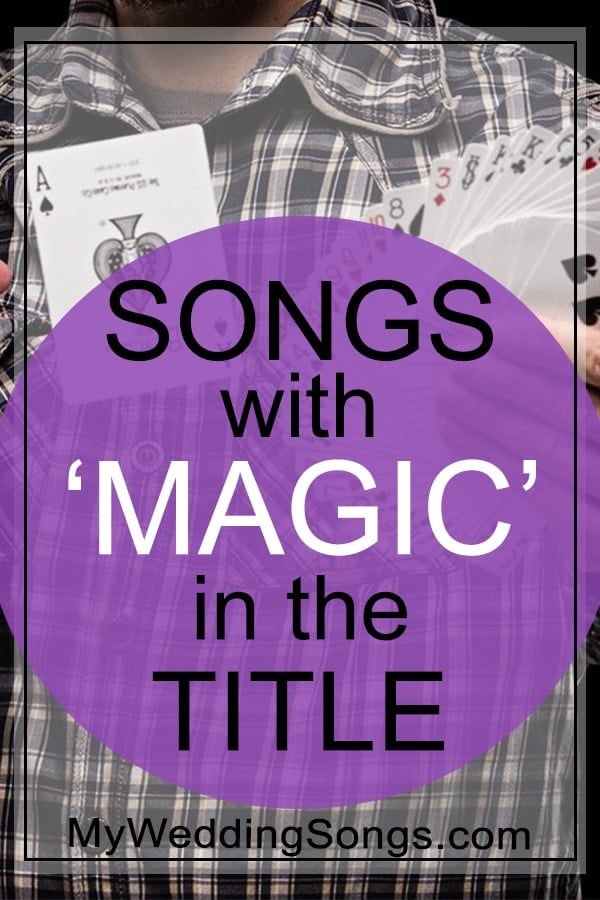 Why was the date set on October 31? Because it is the day that Harry Houdini died in 1927. Commonly known as Houdini, he is the most recognized name in the magician world.

Other famous magicians include David Copperfield, Chris Angel, Lance Burton, Penn & Teller, and Siegfried & Roy. All of whom have performed in a Las Vegas showroom.

Magic – One Direction
Released in 2012, Take Me Home
Genre – Pop

Magic – Robin Thicke
Released in 2008, Something Else
Genre – R&B

Magic – The Pussycat Dolls
Released in 2008 on the album Doll Domination, Genre: Pop

It’s What They Call Magic – The Nylons
1987, Happy Together

Every Little Thing She Does Is Magic – The Police
Released in 1981, Ghost in the Machine
Genre – Rock

My Baby Must Be a Magician – The Marvelettes
1968, Sophisticated Soul

Have a favorite magic song, not on our list?  Please share below so that we can add it!