We thought we would create a list of the best songs about mixed drinks, cocktails, or whatever you wish to call them. We are leaving out songs about beer and songs about wine. You will see those on other song lists. 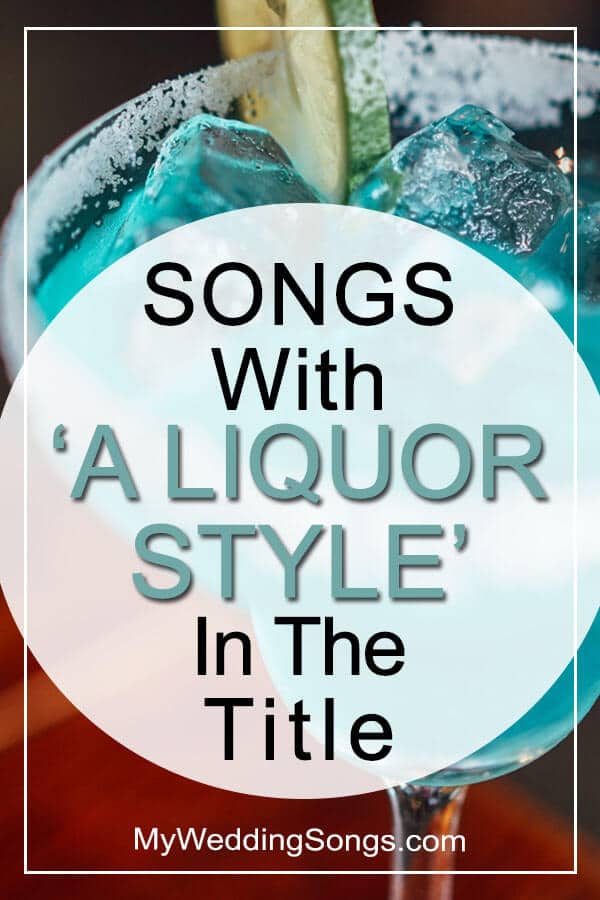 You will find below songs about tequila, bourbon, scotch, whiskey, margarita, southern comfort, rum, gin, Champagne, and pina colada. We tried to include different music genres including Rock, Country, Vocal, and Hip Hop.

Our top 10 cocktail songs also date back to the Andrews Sisters in 1945 to today.

Whiskey On You – Nate Smith
Released in 2022

Tequila Does – Miranda Lambert
Released in 2019 on album Wildcard

Whiskey And You – Chris Stapleton
Released in 2015 on album Traveller

Bourbon In Kentucky – Dierks Bentley
Released in 2013 on album RISER

Whiskey Hangover – Godsmack
Released in 2010 on album The Oracle

Margaritaville – Jimmy Buffett
Released in 1977 on album Changes in Latitudes, Changes in Attitudes

If you have a favorite liquor song not on our list, be sure to share it below so that we can add it!