Mother Daughter songs are special songs between a bride, aka daughter, and her mother. Brides can make special dedications to their mother or mother figures at their wedding. When selecting a song to dedicate to your mother, we recommend to first select a song that has special meaning between both mother and daughter. If a special song is not known between a daughter and her mother, we suggest our top 70 mother-daughter songs. 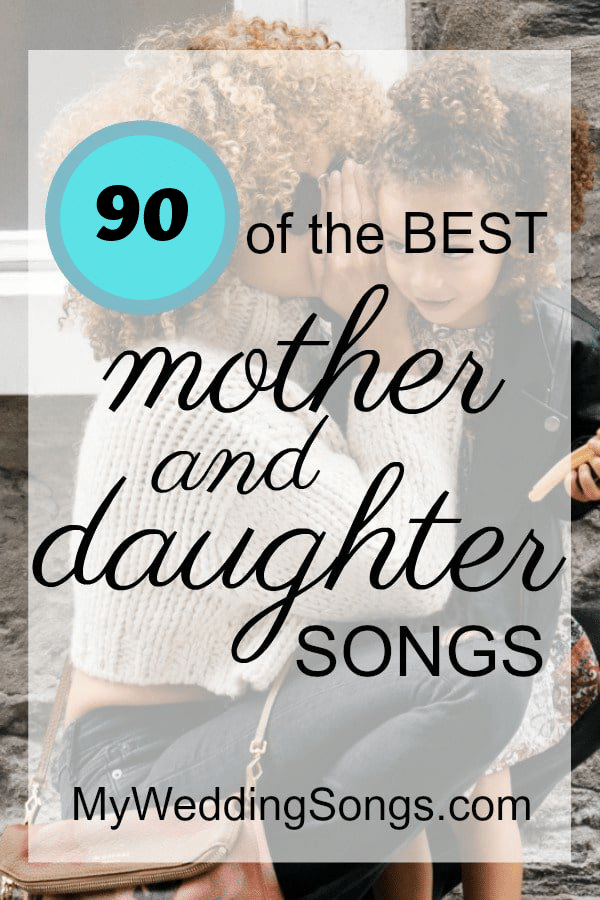 Another common use at a wedding is when the father of the bride passes away before the wedding date. When the bride’s father has passed away before the wedding, a special song dedicated to her mother or a special dance between a bride with her mother may replace the father-daughter dance. It’s up to the bride and mother how much attention they wish to have with mother-daughter songs.