If you want people to have fun and fill up the dance floor at your wedding reception, then why not give polka a shot? It’s a fun way to honor your Eastern European heritage.

Why Would I Play Polka At My Wedding?

If you have Eastern European roots, most probably your family loves polka! So why not slip in a few songs and allow everyone else to enjoy? Weddings are about celebrating families and culture.

Polka is fun! You can’t help but laugh and smile while you dance. By far, the most popular polka song is “Beer Barrel Polka” by Frankie Yankovic. We bet you’ll start singing along when you hear the chorus. This is a fun song for a wedding reception. Why not a polka cover of “Closing Time” by The Chardon Polka Band to end out the evening? 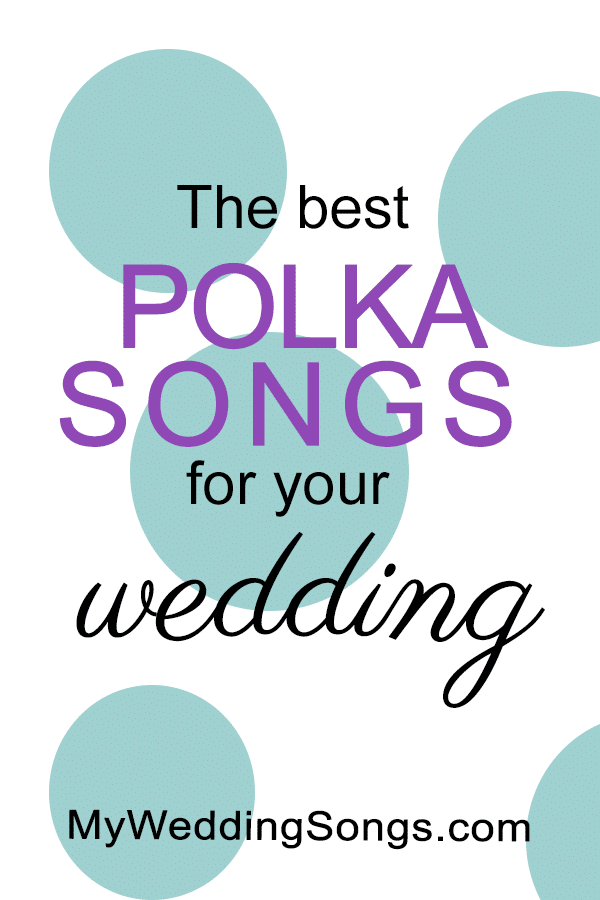 Did we include your favorite polka song? If not, feel free to let us know in the comments.

So, gather up your jackets, move it to the exits
I hope you have found a friend
Closing time, every new beginning
Comes from some other beginning’s end

Too Much Pressure – The Selecter
2016

Be sure to check out the upcoming Ocean Beach Park Polka Days in London, CT. Visit their website for more details.

I hear a polka and my troubles are through
Hoop-De-Do, Hoop-De-De
This kind of music is like heaven to me

No No No, We don’t want to go home
Till the bottle goes dry

In Heaven There Is No Beer – Frankie Yankovic
Originally composed by Ernst Neubach and Ralph Maria Siegel in 1956.

You’ve caused me to lose all my women
And now, now you say we are through
Well, I’m telling you
Baby, I was through with you

Let’s have a party, a party tonight
We’ll bring the music for your delight
Roll out the barrels, spread out some cheer
We’ll play a polka for everybody’s ears

Lucille – Myron Floren
1997, Polka’s They Don’t Get No Better

Roll Out the Barrel – Myron Floren
1997, Polka’s They Don’t Get No Better

Check Out These Top Polka Albums

The Best of Lawrence Welk

The Greatest Hits of Polka

The History of Polka Music

When you think of Polka you probably think of the baseline and accordion and maybe the fun dance. You may think of Oktoberfest even! Polka is a Czech folk dance and is spread across the entire region. It’s popular anywhere you see Eastern European cultures, like Germans and their Oktoberfest. Polka is even an influence on Mariachi music.

There are different styles of Polka depending on ethnic influences. The main emphasis in many polka songs is the use of one musical instrument – the accordion. Along with the accordion, polka songs can be accompanied by fiddles, clarinets, and a rhythm section.

Considered America’s Polka King, Frankie Yankovic, helped popularize polka music in America while releasing more than 200 polka singles. Frankie Yankovic obtained the title of America’s Polka King after beating Duke Ellington in a battle of the bands at the Milwaukee Arena. In 1986 he was awarded the first-ever Grammy in the Best Polka Recording category. Frankie was so popular, he could probably have every song on our list. When playing a polka song at a wedding, you cannot go wrong with Frankie Yankovic.

Polka music made its way into America with immigrants from Eastern Europe. However, the popularity of Polka music has significantly decreased with minimal Polka albums becoming mainstream after 2009. Alex Meixner is a Grammy Nominated accordionist who has helped rock-out polka. If you are interested in other Polka music or want to learn more about the Polka community, visit the International Polka Association’s website and the Cleveland Polka Association’s website.

Why Not Have a Quick Polka Dance Lesson?

If you can do the Texas Two-Step, you can probably do the Polka! It’s a popular dance based upon 2/4 timing. It has a half step which is where the “pulka” comes in. You can do the polka to any 2/4 song — like most country music.

One of the most popular versions of the polka is the “heel and toe and away we go” due to its ease of execution. Nowadays polka dances can be included in the categories of ballroom as well as country and western.

If you are interested in purchasing a good polka CD for weddings, we recommend a CD named “Polka Hits The Casuals Way.” The disc offers 10 Karaoke-style hits which include Let’s Have a Party/E-I, E-I-O, Just Because, In Heaven There Is No Beer, Who Stole The Kishka, Too Fat Polka, Roll Out The Barrel, Blue Skirt Waltz, Pennsylvania Polka, The Bird Dance, and Grab Your Balls We’re Going, Bowling. If you want to purchase the disc, please contact Ray Zalokar of www.247Polkaheaven.com. You can also email Ray 247polka[at]247polkaheaven[dot]com for more information. 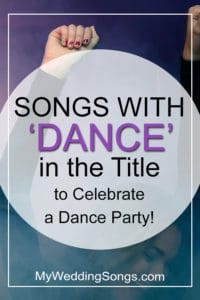 Dance Songs – Songs with Dance in the Title Top 10 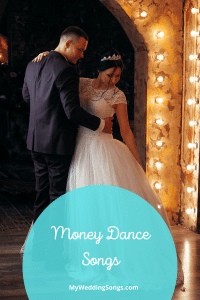