These are the best Power Ballads for Weddings to get people on the dance floor. Hair bands were popular in the 1980’s to early 90’s. Hair bands were rock bands of their own genre called glam rock, hair metal, and pop metal. Hair bands produced rock, hard rock and heavy metal styles of music. Hair bands were characterized by their long hair, flashy clothing and heavy makeup. For purposes of our list, we will combine glam rock and pop metal artists on our list. Pop metal bands include Whitesnake and Def Leppard. Glam rock bands include Twisted Sister and Motley Crue. Enjoy our list of Best Power Ballads. 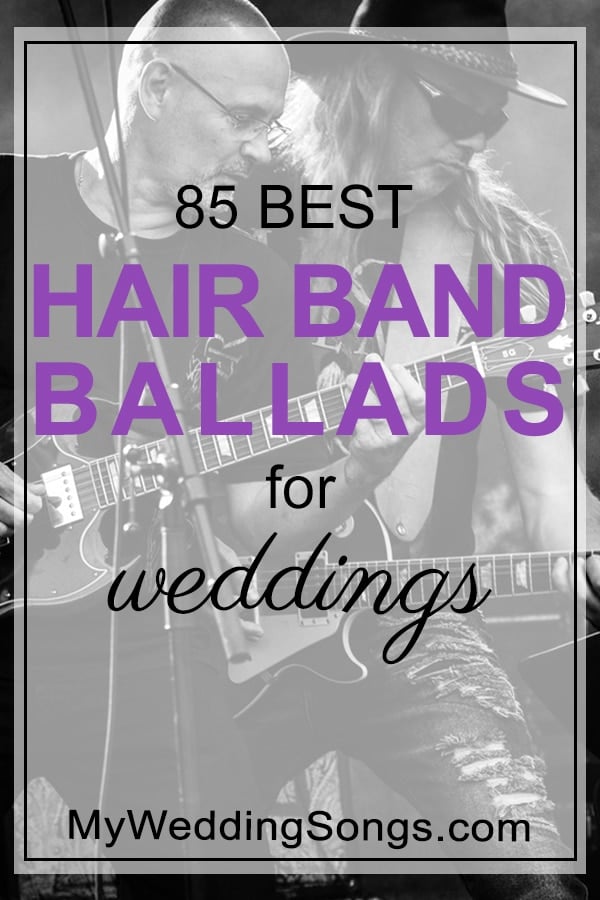 Many Best Hair Band Ballads can be characterized as power ballads – a slow, emotional song that gradually builds to a strong finale. Webster dictionary describes a ballad as a slow romantic or sentimental song. Some ballads can be a bit more difficult to dance to as the song builds and then falls several times.

Beginning glam rock bands in the early 1980’s included Def Leppard, Twisted Sister, Quiet Riot and Motley Crue. The second half of the 1980’s featured bands like of Bon Jovi, Motley Crue’s continued success, Guns ‘N’ Roses and Van Halen. Hair bands continued to be successful in the early 1990’s with W.A.S.P., and Slaughter. With the creation of grunge rock with bands like Nirvana, teens turned their focus away from glam rock to more popular grunge music.

Alias – I Need You Now (More Than Words Can Say)

Alice Cooper – Only My Heart Talkin’

Bad English – When I See You Smile

Black ‘N Blue – I’ll Be There For You

Blue Murder – Out Of Love

Bon Jovi – I’ll Be There For You

Cinderella – Don’t Know What You Got (Til It’s Gone)

Danger Danger – I Still Think About You

Firehouse – Love Of A Lifetime

Firehouse – When I Look Into Your Eyes

Foreigner – I Want To Know What Love Is

Giant – I’ll See You In My Dreams

Hanoi Rocks – Don’t You Ever Leave Me

Keel – Because The Night

Kingdom Come – What Love Can Be

Krokus – Screaming In The Night

Loverboy – Heaven In Your Eyes

Metallica – Nothing Else Matters

Nelson – Only Time Will Tell

Poison – Every Rose Has It’s Thorn

Poison – Something To Believe In

Ratt – Givin’ Yourself Away

REO Speedwagon – Keep On Loving You

Saigon Kick – Love Is On The Way

Sheriff – When I’m With You

Skid Row – I Remember You

Slaughter – Fly To the Angels

Survivor – The Search Is Over

Trixter – One In A Million

White Lion – When The Children Cry

Whitesnake – Is This Love

Winger – Headed For A Heartbreak 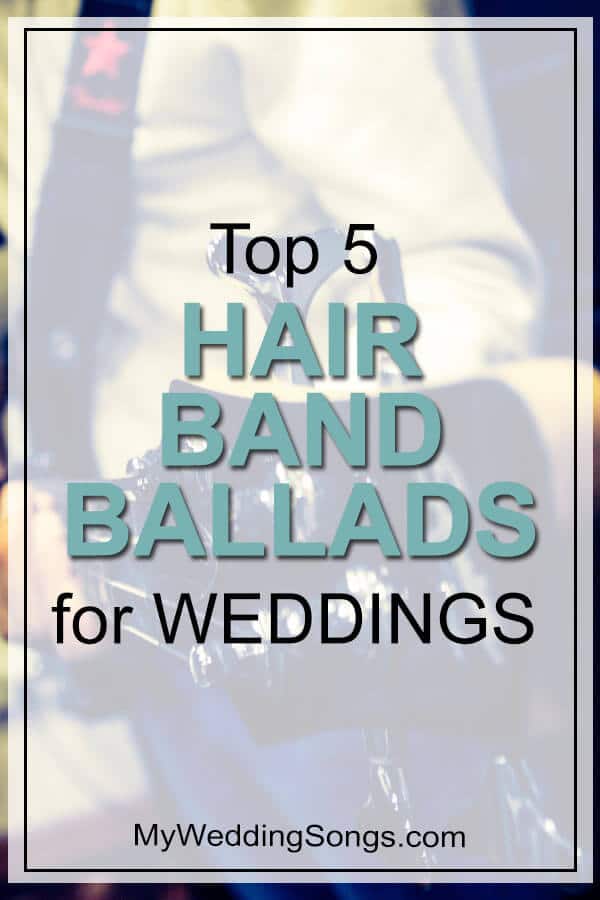 There were many popular mainstream hair bands.  However, we wanted to make a list of our top 5 and 85  songs that meant most to us.  We did not create lists of the most popular and highest charted songs.  Therefore, don’t comment on what songs should be on the list, rather comment what memories the 85 or so songs jog in your brains.

5. Love Song – Tesla What a great song from the album The Great Radio Controversy released in 1989.  Love Song has great lyrics, which include “love is waiting for you” for an anthem to all tenenage high school kids.   To this day Tesla is still rockin’ and producing record albums.  Love song topped at #7 on the Billboard charts.

3. Honestly – Stryper The yellow and black attack will live forever.  We give praise to Stryper for promoting a Christian message to a mainstream audience.  The album To Hell With The Devil featured Honestly and was released in 1986.  Honestly became a most-requested song on MTV and topped the Billboard charts at #23.

1. I Remember You – Skid Row What can we say about Sebastian Bach.  With those high notes he would hit and the long hair that girls frolicked over, Bach rocked Skid Row to the top of the charts.  This was definitely one of the most popular rock ballads of the 80’s.  Skid Row’s album Skid Row went 5x platinum.  I Remember You reached #6 on the Billboard charts and will be remembered as one of America’s favorite prom songs.