Guns N Roses are an American hard rock band formed in 1985. GNR was inducted into the Rock and Roll Hall of Fame in 2012. The historic band members consisted of: 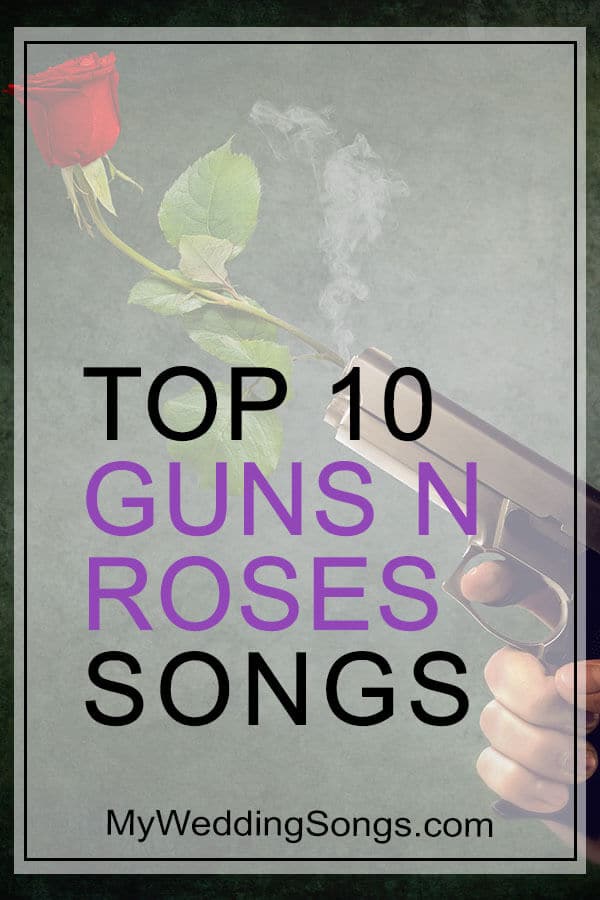 GNR released their first studio album in 1987 with Appetite for Destruction. The band saw a fifteen-year studio album break after the release of The Spaghetti Incident? in 1993, Guns N’ Roses released Chinese Democracy in 2008. Check out our list of Guns N’ Roses top 10 songs.

#1 November Rain
Released in 1992
On Album Use Your Illusion I
The song length is 8:57. November Rain is the longest song in history to be in the top 10 on the U.S. Billboard Hot 100 chart.

#2 Sweet Child O’ Mine
Released in 1988
On Album Appetite for Destruction
The song is GNR’s one and only number-one single to top the U.S. charts.

Now and then when I see her face
She takes me away to that special place
And if I stare too long, I’d probably break down and cry

#3 Don’t Cry
Released in 1991
On Album Use Your Illusion I & II
The song is about a woman leaving a man. Did you know that Shannon Hoon of Blind Melon is singing backing vocals on the song?

#4 Welcome To The Jungle
Released in 1987
On Album Appetite for Destruction
The song is about the streets of the big city coming from a small town.

Welcome to the jungle, it gets worse here every day
You learn to live like an animal in the jungle where we play

#5 Paradise City
Released in 1988
On Album Appetite for Destruction

#6 Patience
Released in 1989
On Album G N’ R Lies
The consensus is that the song is about the troublesome relationship between Axl Rose and now ex-wife Erin Everly.

#7 Knocking On Heaven’s Door
Released in 1992
On Album Use Your Illusion II
The song was originally written by Bob Dylan. The song describes the collapse of a deputy sheriff, dying from a bullet wound.

#8 Live and Let Die
Released in 1991
On Album Use Your Illusion I
The song was originally released by Paul McCartney & Wings.

#9 You Could Be Mine
Released in 1991
On Album Use Your Illusion II
The song was originally released as the theme song for the 1991 film, Terminator 2: Judgment Day.

#10 Mr. Brownstone
Released in 1987
On Album Appetite for Destruction
Slash said the lyrics describe a typical day in the life of Slash and Izzy.

Have a favorite Guns N Roses song, not on our list? Please share it below so that we can add the song.