30 Best Jesus Songs – Songs With Jesus In The Title

This is not your stereotypical list of Christmas songs. Our song lists celebrate Christ’s Birthday with a list of songs that have Jesus’ Name in the song title.

However, we did not include all Christian songs. We included a list of mainstream songs known by most of the mass public of all genres and eras. We want to show that all people from many walks of life celebrate Him.

One of the 10 Commandments is to not take the Lord’s Name in vain. However, we feel our list is more of a celebration than a mockery. 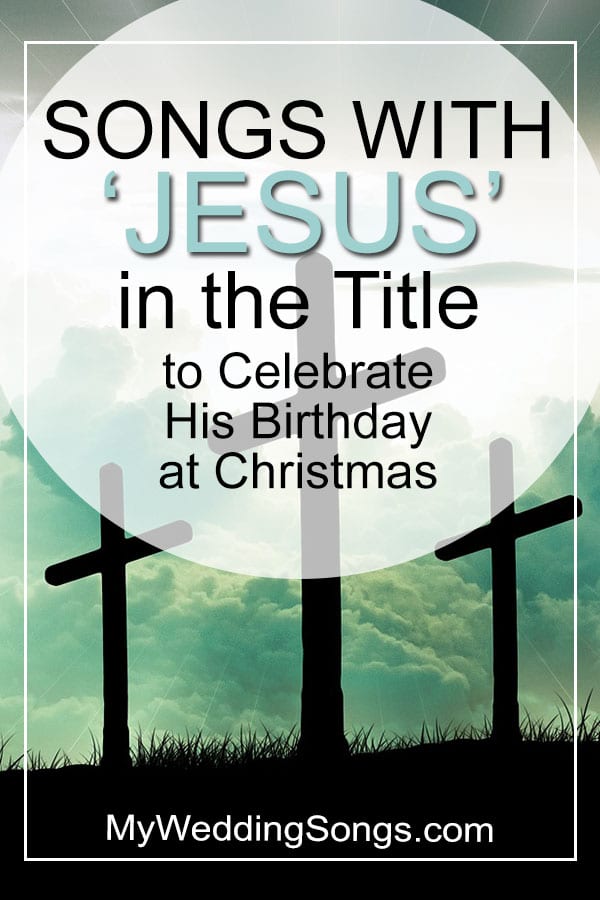 We not only include the Christian music genre. We also include Hip Hop, Country, Pop, Rock, Soul, and R&B. From 1972 through today, we listed popular songs you would find on the radio.  Jesus is Lord.

Only Jesus – Casting Crowns
2018, Only Jesus

I Surrender All (All To Jesus) – Casting Crowns
2015, Glorious Day – Hymns of Faith

What A Friend We Have In Jesus – Alan Jackson
2012, Precious Memories

None But Jesus – Hillsong UNITED
2006, United We Stand

Give Me Jesus – Jeremy Camp
2006, Beyond Measure

Jesus, Take The Wheel – Carrie Underwood
Released in 2005 on album Some Hearts
Country

Personal Jesus – Marilyn Manson
2004, Lest We Forget: The Best Of

Do you have a favorite popular Jesus song, not on our list? Please share it below so that it can be added.