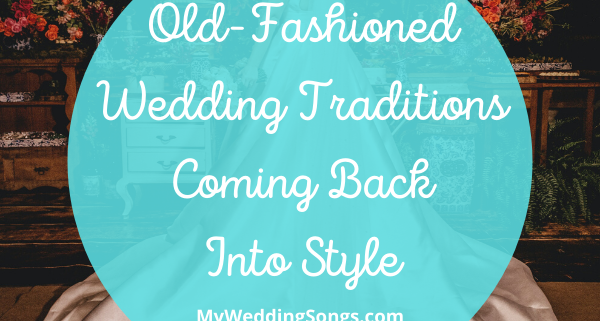 Everything Old is New Again. In today’s weddings, there has been a tremendous shift towards the traditional, bringing back the rituals and choices that up until now were considered ‘out of style.’ “Brides and grooms love the symbolism of these old-world traditions, which got lost in the past five years in favor of personalizing receptions and make them ‘a show,” says Sharon Naylor, author of 1000 Best Secrets For Your Perfect Wedding and a resident wedding expert at www.PashWeddings.com. “Now, they’re back, as a matter of personal choice made by the bride and groom who are determined to build their weddings not by what’s ‘in,’ but by what says ‘our wedding.’ And for so many, it’s the same traditions their parents had at their weddings.”

Here, we’ve collected the top ten old-fashioned traditions that have made a comeback, ones that brides and grooms love to experience and that guests love to see as a touching reminder of their own weddings:

Sharon Toris is a freelance writer and contributor to the top women’s and bridal magazines such as PashWeddings.com. She lives in Morristown, New Jersey. © 2007, Blue Grotto Media, Inc.