Skip to content
Home > Word Songs > 28 Best Bride Songs – Songs with Bride in the Title
My Wedding Songs is a reader-supported website. As an Amazon Associate, we earn revenue from qualifying purchases. Purchases made through links on this page may earn us a commission but also support the artists.

A Bride is a woman on her wedding day. However, an engaged woman is also known as a bride commonly referred to as a bride-to-be.

In addition, a woman newly married also has the title of a bride. All that being said, a woman could be referred to as a bride after many years of marriage by her spouse as a term of endearment.

You can celebrate the woman in your life whether you are engaged, newlywed, or married for years with a song.

Enjoy our list of favorite bride songs – songs with “bride” in the title.

if you are looking for songs to play while the bride walks down the aisle, check out our list of bride entrance songs. 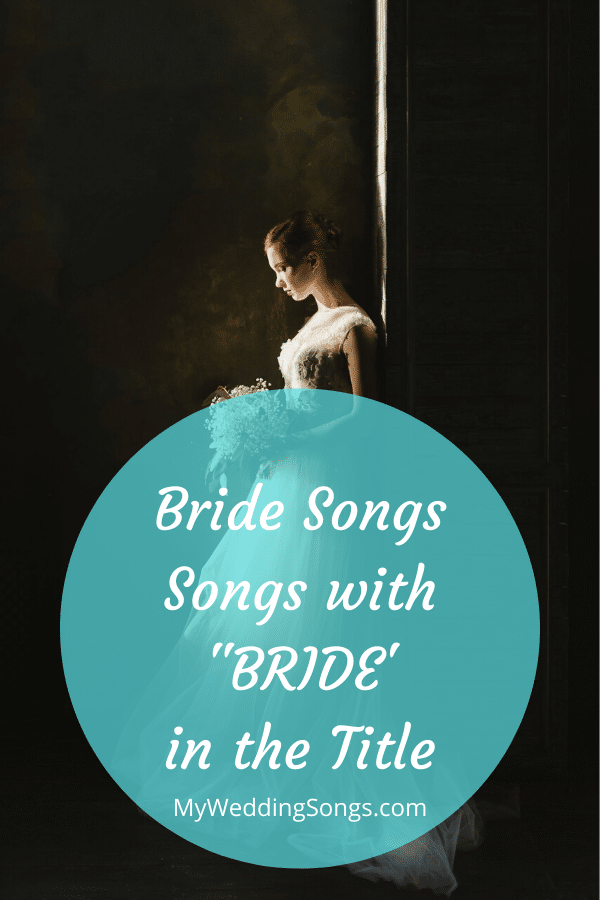 Spirit and the Bride – Joshua Aaron
2020, Cover the Sea

Bride of Crankenstein – Melvins
2014, Hold It In

Radiant as a Bride – Roy Todd
2012, The Wedding Bride’s Piano

Never Gonna Be Your Bride – Carrie Rodriguez
2006, Seven Angels on a Bicycle

I Knew The Bride (When She Used To Rock And Roll) – Nick Lowe
1985, The Rose of England

A Rose From A Bride’s Bouquet – George Jones
1964, Sings Like The Dickens!

I hope you enjoyed our list of songs with bride in the title.  If you think a song should be added to our list, be sure to comment on it below.