Processional Songs for Walking Down the Aisle

Walking to the altar from behind wedding guests to start the wedding ceremony is customarily set to music – processional songs. The people walking down the aisle could include as much as the entire wedding party to as few as the bride herself. This is known as the processional. In addition, the same can be said for the exiting of the wedding party and all the guests, the recessional.

However, the bridal couple starts the recessional after the announcement of the new married couple to their guests from the officiant. Then, the wedding party exists followed by the wedding guests from front to back rows. 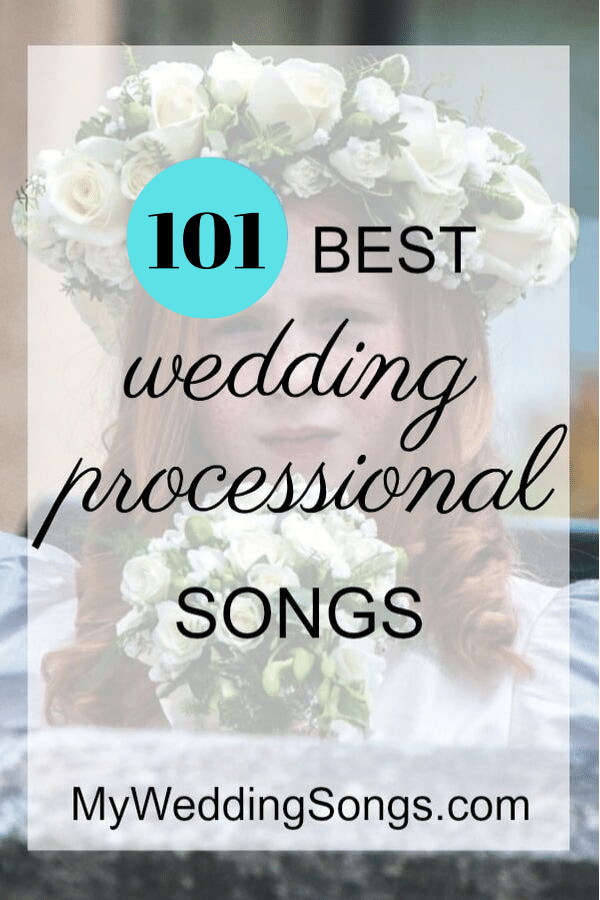 Processional Songs are played at a wedding ceremony while the bride walks down the aisle. The same song can also be played while the wedding party walks down the aisle to their seats and positions at the altar. We tried to list the more popular traditional and non-traditional songs. If you have a special processional song that you think we should add to our list, please add your song suggestion through the comment section below

Traditional wedding processional songs listed below include Wedding March by Wolfgang Amadeus Mozart, Trumpet Tune by Henry Purcell and Canon In D Major by Johann Pachelbel. If you have a beach themed wedding, we would suggest Somewhere Over The Rainbow by Israel Kamakawiwo’ole. We have also included romantic pop songs which include If I Ain’t Got You by Alicia Keyes and A Whole New World, from the movie Aladdin, by Peabo Bryson & Regina Belle.

The processional is the start of the actual ceremony rituals. Yes, there is music play as guests meander in and take their seats. However, the first official ceremony song typically starts with the processional songs. No matter your favorite music styles or the theme of your wedding, you can definitely find a son above that will fit your needs. If you like country music, Zac Brown Band would be a good start. If you would like the processional to be more of a pomp and circumstance type of song, then consider The Royal Scots Dragoon Guards.