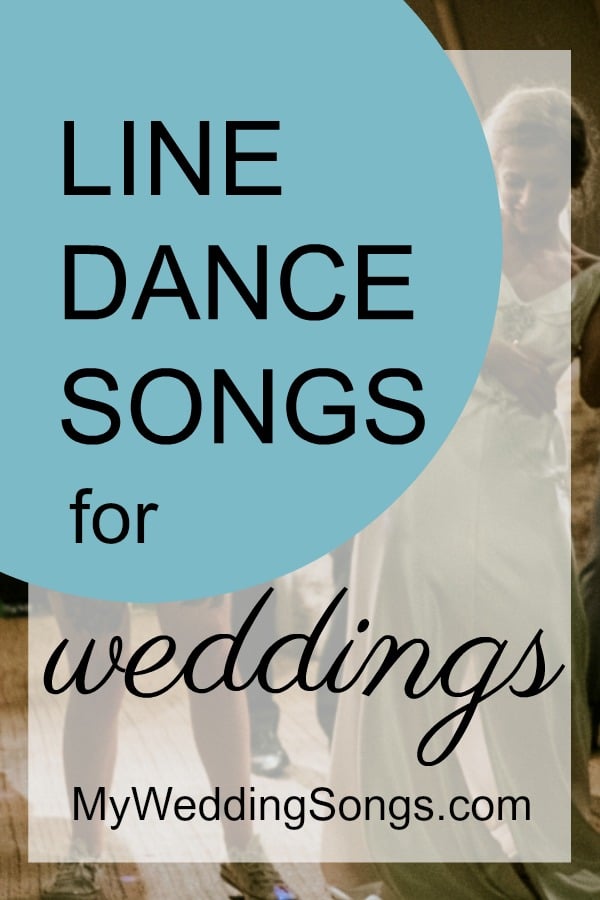 There are many country songs music entertainers can play at weddings that the guests at wedding receptions would know as line dance songs. However, our most popular country line dance songs are Achy Breaky Heart by Billy Ray Cyrus, Boot Scootin’ Boogie by Brooks & Dunn, Chattahoochee by Alan Jackson and Watermelon Crawl by Tracy Bird. Popular pop radio songs have created dance crazes also. These songs include Macarena by Los Del Rio, Cha Cha Slide by Mr. C, Electric Slide by Marcia Griffiths and The Twist by Chubby Checker.

Songs that will entice a group conga line or train line include C’mon N’ Ride It (The Train) by Quad City DJ’s, Conga by Miami Sound Machine, The Loco-motion by Grand Funk Railroad, and The Locomotion by Little Eva. Another activity at more casual or upbeat wedding receptions is the limbo. We added the most popular limbo song, Limbo Rock by Chubby Checker, below. However, if the bridal couple wants a lengthy limbo line at their wedding reception, be sure to check out our long list of best limbo songs.

Certain popular songs fill dance floors as they promote group activities. Example songs would be the Y.M.C.A. by the Village People – hand gesturing the letters YMCA, Shout by the Isley Brothers – shouting and raising hands, Willie & The Hand Jive by Johnny Otis – a routine hand jive. Lastly, we would recommend a group line with men on one side and women on the other. Then, each couple goes through the line under everyone’s hands. This activity is done to the song The Stroll by The Diamonds.

A current popular thing to do at weddings is to have a choreographed dance with a group of people. For this, you would select your own songs. However, we have seen routine dances to Forever by Chris Brown and Thriller by Michael Jackson on YouTube. Old-time kid songs are also very popular to fill the dance floor at wedding receptions. These songs include the Hokey Pokey, the Chicken Dance, and the Bunny Hop.