These are the Best Disco Songs for Weddings to get people on the dance floor! Disco derives itself from the soul, funk and Latin styles of music. Disco music is considered a form, genre, of dance music. DJs in New York City in the 1960s began overlaying prerecorded music with live music as well as mixing two or three records together at once. This sound became so popular that recording artists began composing these extended grooves and dance beats in the studios. 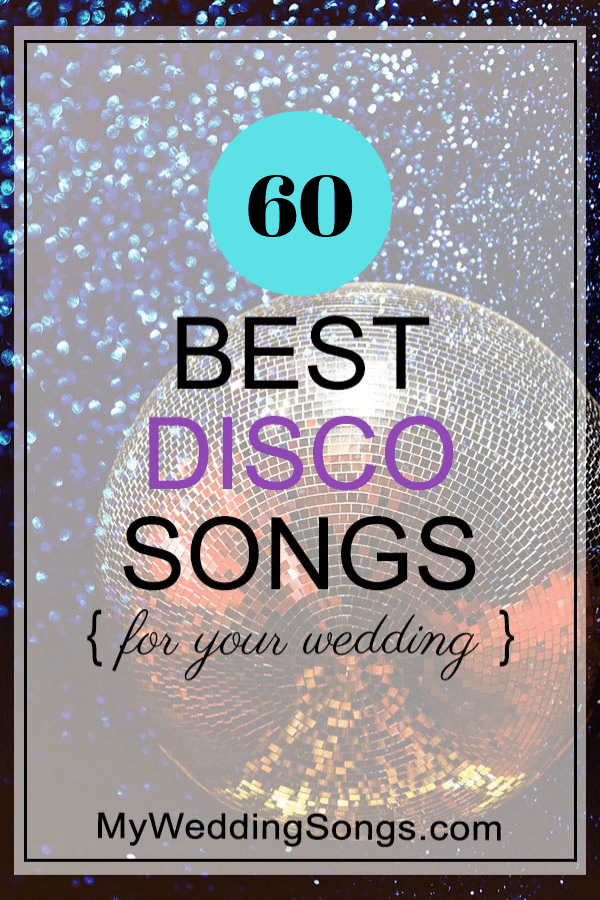 Disco music became popular to play in most nightclubs by the early 1970s. As Best Disco Songs became more popular and the dominant dance style music, the disco style clubs were called as a discotheque. Donna Summer quickly rose to be the most popular and well-known disco artist. Donna Summer eventually claimed the title “The Queen of Disco”.

Popular disco-themed movies helped propitiate spark the popularity of disco music with Saturday Night Fever and Thank God It’s Friday. These movies made superstars out of the Bee Gees and subsequently K.C. & The Sunshine Band.

Due to the vast popularity of disco, there were many backlashes from rock music supporters, many blue color workers, and those that were just plain tired of the fads. Fads as a result of disco music included the mirror ball, lit dance floors, afros, and leisure suits. A promotional night at Cominsky Park in Chicago, home of the Chicago White Sox, took place in July 1979. Disco Demolition Night was about blowing up a crate of disco records provided by the crowd on the field.

However, a near-riot ensued after the explosion with a mere 90,000 people in attendance. In the 1980s, disco was seen as a negative term. So disco eventually transformed into being known as dance music. Best Disco Songs paved the way for new forms of dance music such as house, electronica, and techno.

Top 10 Disco Songs (as calculated by popular downloads on Amazon)

Listen to our disco songs playlist on Spotify.

A reader submitted the song Mondo Disco by El Coco. Are there any other disco songs you think we should add to the list?