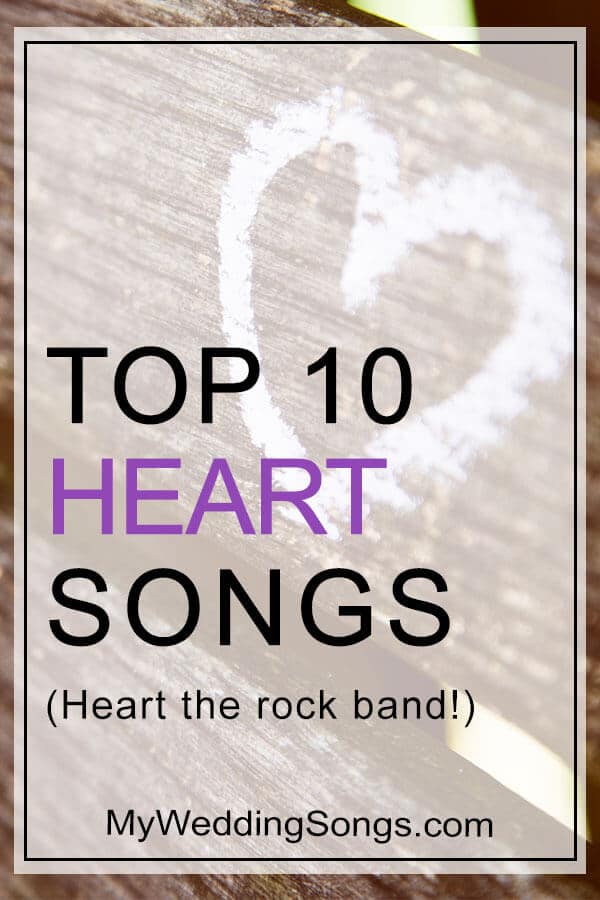 Heart was inducted into the Rock & Roll Hall of Fame in 2013. Heart has had twenty top 40 hits. Heart had an influence in the Seattle rock scene. They are also predominately displayed in Seattle’s EMP Museum (fka Experience Music Project). EMP is a leading-edge, nonprofit museum, dedicated to the ideas and risk-taking that fuel contemporary popular culture.

Heart has amassed a large fan base. The biggest reason is that they have not stuck to one music style. Heart could be categorized as a hard rock band, Heavy Metal band, Easy Listening, Adult Contemporary, Pop Rock band, and even folk. Their music style was part of their mystic as they did not stay with one style.

#3 Crazy On You
Released in 1976
On Album Dreamboat Annie

The whisper that calls after you in the night
And kisses your ear in the early moonlight
And you don’t need to wonder, you’re doing fine
My love, the pleasure’s mine

#5 These Dreams
Released in 1986
On Album Heart

Well, summer lover passed to fall
Tried to realize it all
Mama says she’s worried, growing up in a hurry

Have a favorite Heart song, not on our list? Please share it below so that we can add it!