AC/DC is an Australian (Sydney) rock band and included heavy metal and blues-infused. The founding members of the band consist of brothers Malcolm and Angus Young. After the recording of the album Highway to Hell, Bon Scott died. The lead singer role Scott was replaced by Brian Johnson. 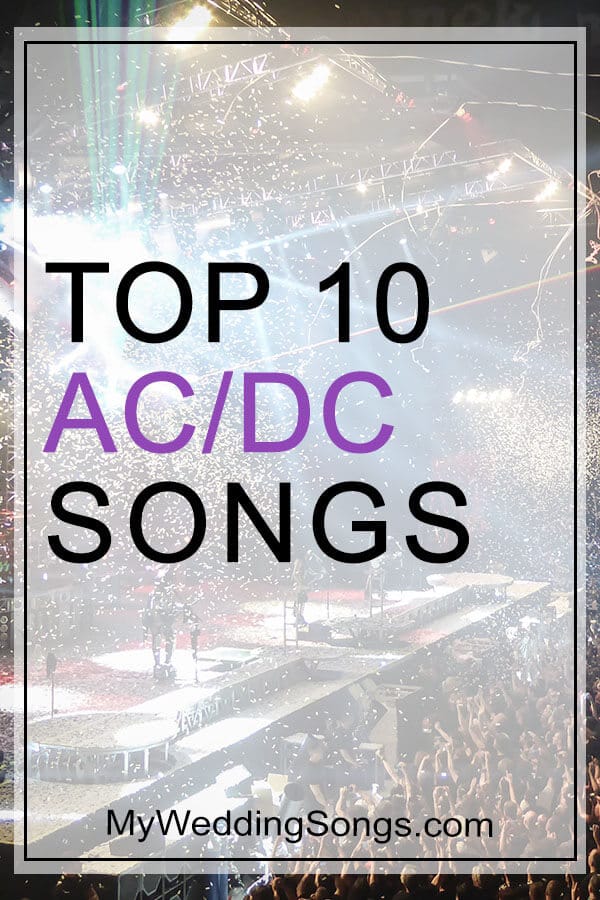 The band had multiple drummers including Phil Rudd, Simon Wright, and Chris Slade. AC/DC is in the top five highest selling bands of all-time. In 2003, AC/DC was inducted into the Rock and Roll Hall of Fame.

So what AC/DC song will be number 1? Well, let’s get started!

#1 Back In Black
Released in 1981
On Album Back in Black
Did you know this song is a tribute to their former band member Bon Scott? The song is considered one of the greatest rock songs of all-time and rose to number thirty-seven on the Billboard Hot 100.

#2 You Shook Me All Night Long
Released in 1980
On Album Back in Black
The story of the song is about a night with a beautiful woman. The song peaked at number thirty-five on the Billboard Hot 100.

Now I’m back in the ring to take another swing
That the walls were shaking, the Earth was quaking
My mind was aching and we were making it
And you shook me all night long

#3 Highway to Hell
Released in 1979
On Album Highway to Hell
The backstory of the song comes from the demands of a touring band on the road. The song reached number forty-seven on the Billboard Hot 100.

Goin’ down
Party time
My friends are gonna be there too, yeah
I’m on the highway to hell

#4 Thunderstruck
Released in 1990
On Album The Razors Edge
The song went Platinum in the United States and is a staple entrance song for events.

#6 Hells Bells
Released in 1980
On Album Back in Black
Did you know the song was the entrance music for future Hall of Fame closer pitcher Trevor Hoffman for the San Diego Padres?

I’m like evil, I get under your skin
Just like a bomb that’s ready to blow
‘Cause I’m illegal, I got everything
That all you women might need to know

Who picked up the bill, and who made who?
Yeah
Who made who
Who turned the screw?

Moneytalks
Released in 1990
On Album The Razors Edge

The claim is on you
The sights are on me
So what do you do
That’s guaranteed
Hey little girl, you broke the laws
You hustle, you deal, you steal from us all

Shot in the Dark
Released in 2020
On Album Power Up

If you have an opinion on our AC/DC top 10 songs list, be sure to leave a comment below.