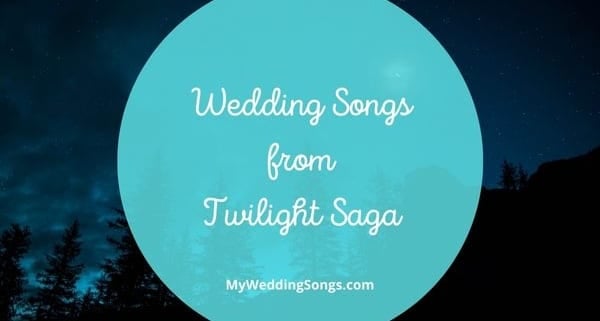 The Twilight Saga is a series of movies that are vampire-themed romance fantasy films. The series consists of five films: 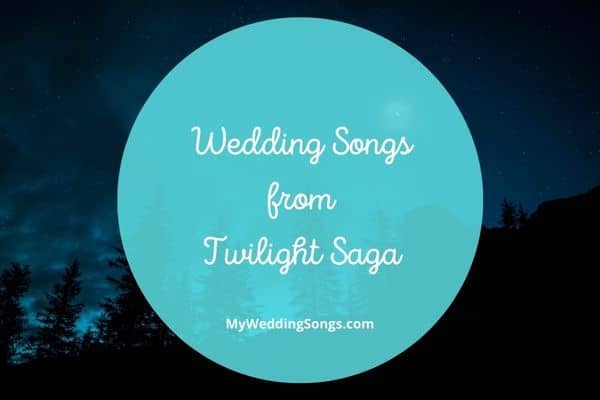 What are wedding songs from the Twilight Saga?

First and foremost the most popular wedding song from the Twilight Saga is “A Thousand Years” by Christina Perri. The song appeared in The Twilight Saga: Breaking Dawn – Part 1.

Many song covers have been released including The Piano Guys, Boyce Avenue, Brooklyn Duo, and Jasmine Thompson.

“A Thousand Years” by Christina Perri

This is the song that Bella and Edward danced their first dance to:

While not on selected by every fan, the next song is extremely romantic and not to miss.

“Love Will Take You” by Angus & Julia Stone

If we hadn’t had the heart
We wouldn’t have this home
Love, love will take you

If you are looking for a Twilight song to incorporate into your wedding ceremony such as a processional song, then consider this instrumental song:

A very popular classical song featured in the first film is suitable to play as a prelude song (as guests arrive and take their seats):

Bella walks down the aisle for her wedding in The Twilight Saga: Breaking Dawn Part 1 to the instrumental version of this song. You could have either version for your wedding!

“Turning Page” by Sleeping At Last

That being said, the movie does not match the book. In the book, Bella walks down the aisle to marry Edward to Johann Pachelbel’s classical song “Canon in D”. A favorite cover is by Brooklyn Duo with a cello and piano.

“Canon in D” by Brooklyn Duo

What songs were in the Twilight films?

No matter what songs you select for your wedding, if you are a Twilight fan, add a few songs from the saga to incorporate into your wedding day. There are instrumental and acoustic covers of songs in the movies. If we missed on, please let us know below in the comments.