Skip to content
Home > Wedding Music > The Wedding Singer Songs – Adam Sandler Grow Old With You
My Wedding Songs is a reader-supported website. As an Amazon Associate, we earn revenue from qualifying purchases. Purchases made through links on this page may earn us a commission but also support the artists.

There are so many great songs from The Wedding Sandler to add to your own wedding playlist – including songs by Adam Sandler. Scroll down to find out what we mean! 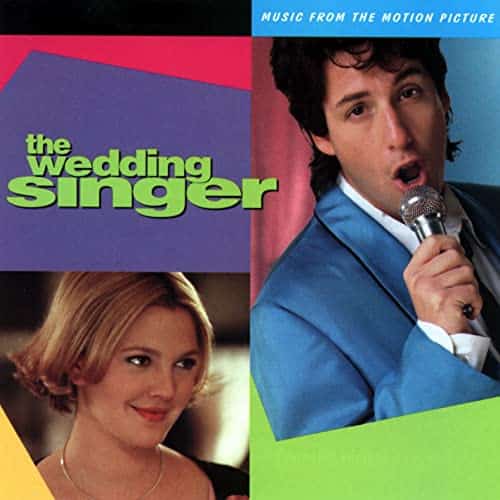 You probably noticed that the best wedding song from the movie is not on the soundtrack. Weird, huh?! What song is that?

Someone was gracious enough to post a scene from the movie with the song being played on the plane. One of the most romantic parts of the whole movie.

Adam Sandler – Grow Old With You

I said I’d tell you jokes whenever you are sad
Make you a mom, if you made me a dad
Oh, it’s been so much fun
Growing old with you

Another song not to make the soundtrack is

The Wedding Singer was released in 1998. The style of the movie is “Rom-Com” (meaning Romantic Comedy). The main actors in the movie are Adam Sandler and Drew Barrymore.

The movie cost an estimated $18 million and grossed $123 million worldwide.

What is The Wedding Singer about?

Adam Sandler plays a nice guy with a broken heart who plays a wedding singer. He loses all hope when he is abandoned at the altar by his fiancé. He meets a young woman named Julia (Drew Barrymore), who enlists his help to plan her wedding. He falls in love with her and must win her over before she gets married.

See all of the details about the film on IMDB.

One of the songs on the soundtrack, “Video Killed The Radio Star”, was first released by The Buggles in 1980. The original was the very first music video shown on MTV.

Billy Idol not only was featured on the movie’s soundtrack, but he also was one of the actors in the movie!

The last song on the soundtrack, “Rappers Delight”, is considered to be the very first rap record.

Is there a song from The Wedding Singer that you included on your wedding playlist? Please share your song below with why it was picked – especially if it is an Adam Sandler song!