?36 Best White Songs – Songs With White in the Title

Our top 10 white songs were created for white-themed parties (like weddings). When the color white is your primary color in an event, one of the below songs may be the perfect fit to set the desired mood.

Discover songs from many different genres including Country, Rock, Jazz, Hip Hop, and Pop. We also included many different eras from 1941 through today. 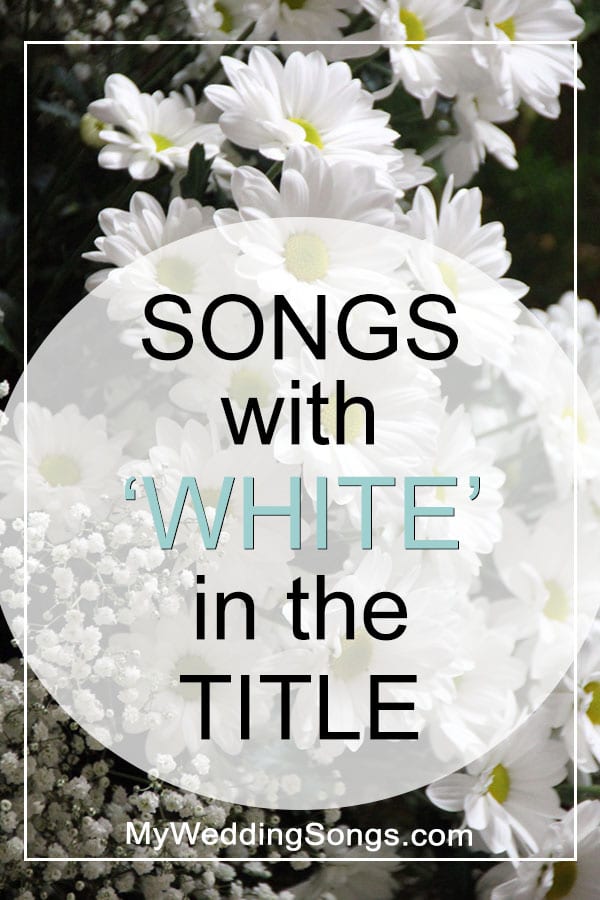 When you have a white-themed song there are many uses of the word white including describing a liar, and describing a church, the most famous would be a white wedding for purity, use of color, a way to explain snow and beauty in a song, use of color in describing materials, a way to categorize a race, a colored flag – walls – and horses.

All of our white songs have the word white in the song title!

One White Duck – Jethro Tull
1975, Minstrel in the Gallery

Have a favorite song with white in the title that is not on our list?  Please share below so that we can add it to our list!