Sunshine Songs List, Songs With Sunshine in the Title

Everybody needs a little sunshine in their lives. Check out our list of the top 10 Sunshine Songs. They are great because the word sunshine is in the song title.

We include several types of music including Rock, Country, Pop, and R&B. In addition, we include songs of yesteryear from 1966 all the way to today. 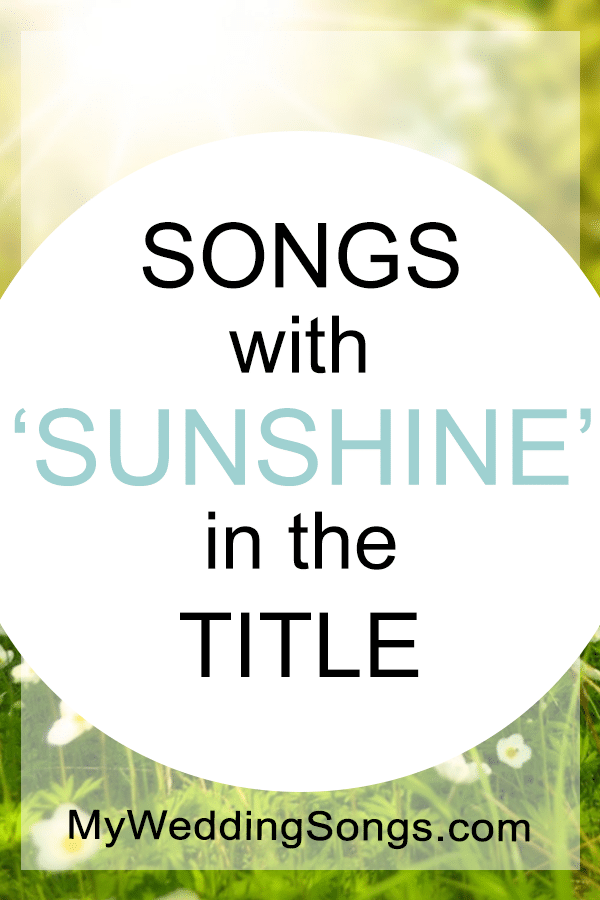 It is interesting the different ways to use sunshine in the song title. It can be a good day for sunshine. One can steal sunshine.

The sunshine can shine and also shine in one particular spot like a shoulder. The sunshine also shines on the ground because people can walk on it. (See a list of walk songs) Apparently, people can capture it because you can stick it in your pocket.

People must also resemble sunshine as they are the sunshine of their lives. Lastly, you can also take sunshine away because sometimes there isn’t any.

The Sound Of Sunshine – Michael Franti & Spearhead
2010, The Sound of Sunshine

Sunshine (Everybody Needs a Little) – Steve Azar
2009, Slide On Over Here
Country

Walking On Sunshine – Katrina & The Waves
1985, Walking on Sunshine
Pop

You Are My Sunshine – Willie Nelson and Leon Russell
1979, One for the Road

You Are The Sunshine Of My Life – Stevie Wonder
(See list of best Stevie Wonder songs)
1972, Talking Book
R&B

Let The Sunshine In – The 5th Dimension
1969, The Age of Aquarius

We’ll Sing in the Sunshine – Gale Garnett
1964, My Kind of Folk Songs

Are we missing a sunshine song on our list? Be sure to comment on your song in the comments below.

14 responses to “Sunshine Songs List, Songs With Sunshine in the Title”