Soldier Songs – Songs With Soldier in the Title

These are the most popular top 10 soldier songs recorded to date.

The soldier songs are great to be played at Memorial Day celebrations or when our American soldiers return home or to send them a video message. 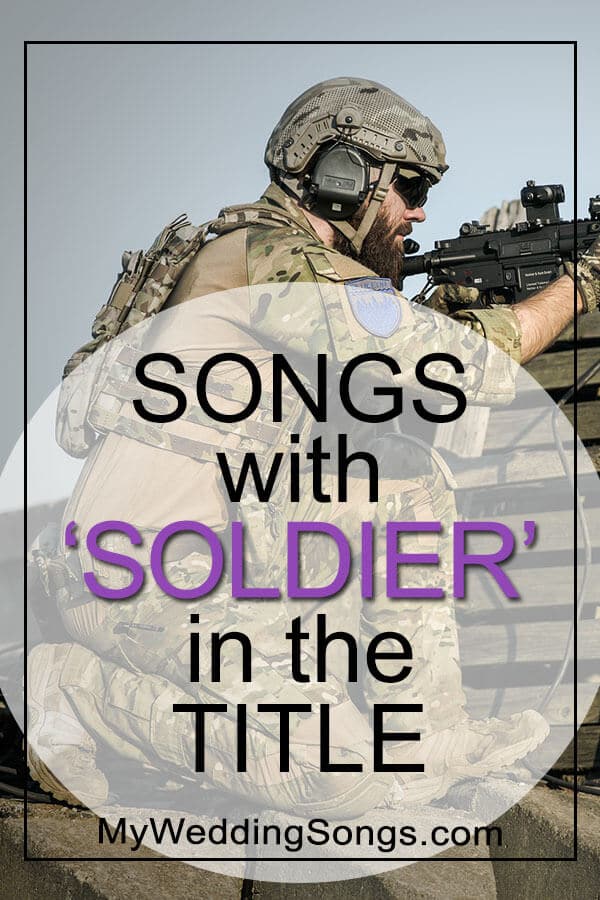 Our soldiers include all branches of the service including the Army, Navy, Air Force, Marines, and National Guard.

Our soldiers learn trades and also warfare to protect our country. Yes, there are different themes for soldier songs including toy soldiers, those that are traveling soldiers, and of course, the American soldiers, you could be a soldier of love, you could be on the side of a soldier if you like animals you could be a buffalo soldier – yes we know. If you have a soldier song we should add to the list, be sure to comment on it at the bottom of the page.

Soldier Side – System of a Down
2005, Mezmerize
Rock

The Unknown Soldier – The Doors
1968, Waiting for the Sun

Have a favorite soldier song, not on our list?  Please share it below so that we can add it.