Road Songs List, Songs With Road in the Title

Our Top 10 Road Songs carry many different meanings. If you are a travelin’ person, the road songs are for you.

The word road is also used as a long journey through times in your life. The road may also lead to somewhere, or nowhere.

Whatever the meaning you need, enjoy our road songs. We cover many different music genres including rock, country, R&B, Hip Hop, and much more. 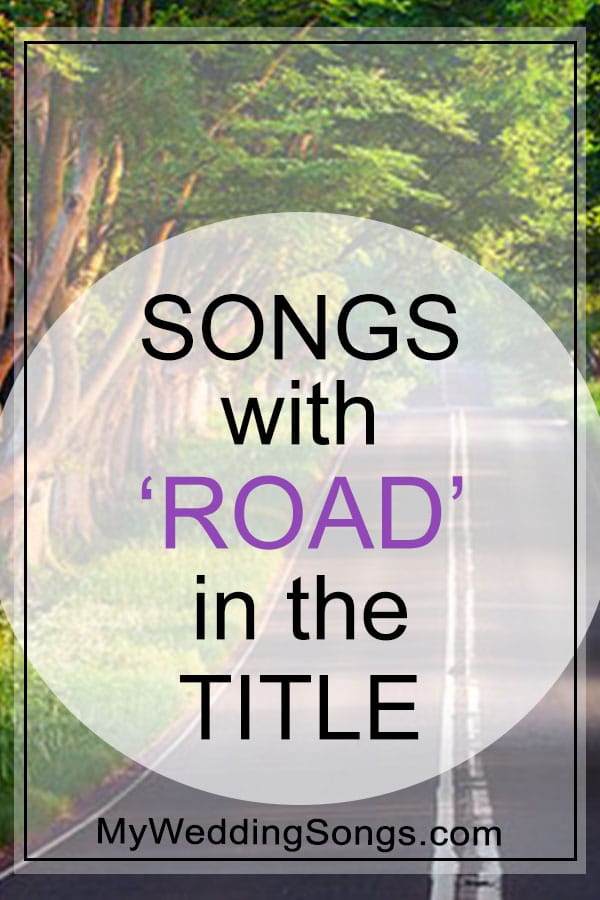 Each road song below has the word road in the song title. We also have highway songs on our site if you are interested. Enjoy our list of road songs.

Play our list of road songs on Read a Road Map Day on April 5.

My Wedding Songs is a reader-supported website As an Amazon Associate, we earn revenue from qualifying purchases.

All Over The Road – Easton Corbin
2012, All Over the Road

The Church On Cumberland Road – Shenandoah
1989, The Road Not Taken

The Old Man Down The Road – John Fogerty
1985, Centerfield

Middle Of The Road – The Pretenders
Released in 1983, Learning to Crawl
Genre – Rock

Bright Side Of The Road – Van Morrison
1979, Into the Music

Have a favorite song with road in the title, not on our list?  Please share below so that we can add it!