Phone Songs List – Songs With Phone In The Title

There are more than 70 billion smartphones sold in America each year. Phones, cell phones, smartphones, we don’t know what will be next.

There are phones now built into automobiles that also have the ability to text. With applications, tools, games, and access to knowledge, the power of a phone is plentiful.

Plus, Telephone Day is celebrated each year on April 25 to definitely play phone songs! 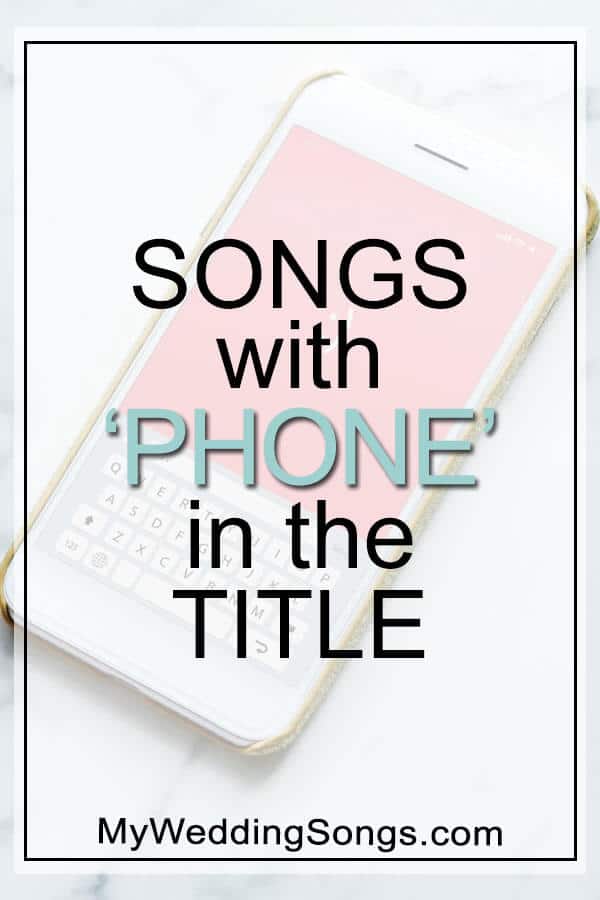 It’s hard to believe with the number of phones in America, that there are not a mass amount of songs with “phone” in the title. However, we did create a collection of phone songs below. All of the phone songs have the word phone in the song title.

pick up the phone – Young Thug and Travis Scott
2016, Birds In The Trap Sing McKnight

Phone Down – Erykah Badu
2015, But You Caint Use My Phone

Pick Up The Phone – Falling In Reverse
2011, The Drug in Me Is You
Rock

Everybody’s On The Phone – Jimmy Buffett
2006, Take the Weather with You

If There’s A Phone In Heaven – Terry Terrell
2004, Back On My Feet
Christian Country

Standing Outside A Broken Phone Booth With Money In My Hand – Primitive Radio Gods
1996, The Cable Guy
Rock

Phones Are Ringin’ All Over Town – Martina McBride
1995, Wild Angels

As Soon As I Hang Up The Phone – Conway Twitty
1974, Country Partners

Have a favorite phone song, not on our list?  Please share it below so that it can be added!